With an impeachment trial date set but Trump already out of the White House, what does he stand to lose? 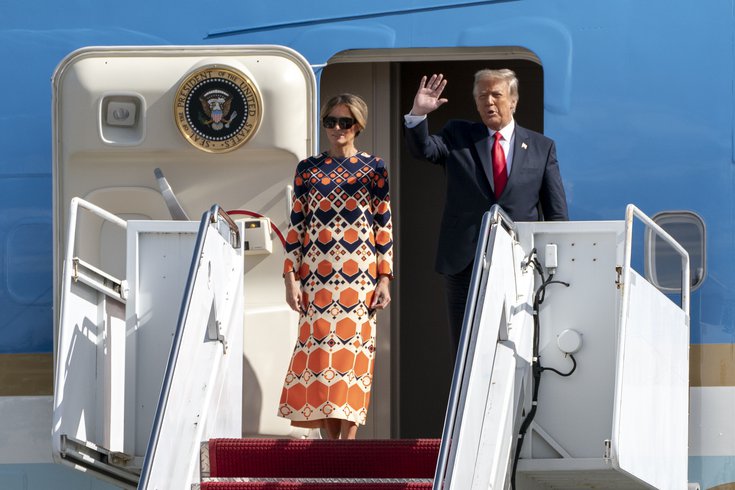 House Speaker Nancy Pelosi made her intentions clear on Friday that she would deliver the article of impeachment against former president Donald Trump to U.S. Senate on Monday, kickstarting negotiations among Senate leaders about when Trump's impeachment trial would actually take place.

That gives Trump time to assemble a legal team. It also gives the House managers who will argue the case against Trump more time to prepare. And from the perspective of the new White House administration, it gives the Senate more time to confirm President Joe Biden's Cabinet selections before members are preoccupied with the trial.

Trump is the first president in U.S. history to be impeached twice by members of the U.S. House. His impeachment earlier this month accuses him of inciting insurrection against the government after he allegedly stoked a mob of his supporters to storm the Capitol as Congress voted to certify Biden's win in the presidential election.

Michael Sances, a political science assistant professor at Temple University, also notes this will be the first time the Senate will conduct an impeachment trial of a president after he has left office.

One impeachment can tarnish a president's record, Sances said, but two impeachments define the outgoing president's legacy and take away the prestige associated.

"If you're tarred with the stain of impeachment, again that doesn't only send a message to other politicians, but it sort of sends a message that Trump is not someone to be respected or listened to," Sances said.

This all raises questions about what's the actual tangible impact on Trump if he is convicted, beyond his reputation, since the most obvious threat of punishment for every president previously impeached has been removal from office.

Constitutional law experts have debated what a conviction from the Senate would do to a president already leaving office, and what it would take to disqualify him from a presidency in the future.

Here are the questions, the facts and what the experts are saying.

Could Trump lose his pension, benefits and be disqualified from holding future office?

A Senate conviction after a president has left office is unprecedented, which makes navigating how it will impact Trump's post-White House life and the benefits he is entitled to as a former commander in-chief a challenge.

All presidents are entitled to post-presidential perks through the Former President's Act. This covers things like their pension. which is equal to the annual pay for a White House Cabinet secretary. For 2021, that position receives $221,400.

National Taxpayer Union Foundation says taxpayers pay up to $4 million each year to provide these benefits for former presidents.

But would Trump lose the perks afforded to him by the Former President's Act if he is convicted? Probably not.

A Wall Street Journal reports flatly states, no, a conviction would not affect Trump's post-presidential benefits.

FactCheck.org interviewed multiple legal experts about the topic, and the consensus was that while it was possible Trump could have lost his post-presidential benefits had he been convicted by the Senate before Jan. 20, with him out of the White House, an impeachment conviction will not impact them now.

And Cary Coglianese, a professor or law and political science at the University of Pennsylvania told FactCheck.org that even if Trump had been impeached, convicted and removed from office before the end of his term, "he would almost certainly not automatically lose the Secret Service protection ..."

Regarding Trump's future in politics and running for office again, a Senate conviction alone will not automatically disqualify him from that. If two-thirds of the Senate votes to convict Trump, they would have to vote again to disqualify him from "any office of honor, trust or profit under the United States." A majority of senators would need to support this for it to take effect.

There is no precedent for taking away a president's ability to hold future office, and the matter could end up in the U.S. Supreme Court, the New York Times reported.

Why pursue the Senate trial after Trump leaves the White House?

Temple's Sances said the impeachment and upcoming Senate trial is more about the broader implications of what kind of behavior will be tolerated by White House leadership.

"When you have punishments for violations, it's not just about that particular case," Sances said, "but it's about sending a message to everybody that certain behaviors are just not acceptable."

Or as Maryland Rep. Steny H. Hoyer told the Times," ... it is never too late to do the right thing."

Sances said after Trump's first impeachment, there was talk that impeachment was being invoked more frequently, therefore "cheapening the process."

"I think we've kind of raised the bar now," Sances said. "Any president can be impeached once, but what about being impeached twice?"

Only two presidents other than Trump have been impeached in the U.S. history: Andrew Johnson in 1868 and Bill Clinton in 1998. Both were acquitted by the Senate and remained in office.