For the second time this week, a Princeton University professor wins the Nobel Prize 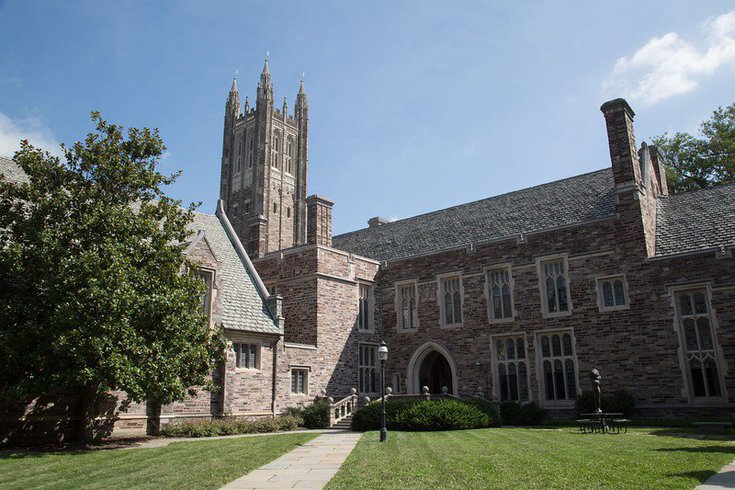 MacMillan and Benjamin List, of the Max Planck Institute in Germany, were honored for developing a new way to build small, organic molecules.

Up until the new millennium, scientists only had two ways to expedite the process of linking atoms, the AP reported. One used required complicated enzymes; the other used metal catalysts.

The process MacMillan helped develop, known as asymmetric organocatalysis, has aided the development of medicines, limit manufacturing errors and made chemistry more green. It also has made the process of building molecules cheaper and more precise.

"I am shocked and stunned and overjoyed," MacMillan said. "It was funny because I got some texts from people in Sweden really early this morning and I thought they were pranking me so I went back to sleep. Then my phone starting going crazy.

"What we care about is trying to invent chemistry that has an impact on society and can do some good, and I am thrilled to have a part in that," he added. "Organocatalysis was a pretty simple idea that really sparked a lot of different research, and the part we're just so proud of is that you don't have to have huge amounts of equipment and huge amounts of money to do fine things in chemistry."

List and MacMillan worked on the new way of catalysis independently. It's common for multiple scientists working in the same field to share the prize.

Manabe was awarded the Nobel Prize in physics Tuesday for his work in developing a climate model that showed increased carbon dioxide levels led to higher temperatures at earth's surface. He shared the award with Giorgio Parisi of the Sapienza University of Rome, Italy, and Klaus Hasselmann of Germany.

"When I got the phone call this morning, I was so surprised," Manabe said. "Usually, the Nobel Prize in physics is awarded to physicists making a fundamental contribution in physics. Yes, my work is based on physics, but it's applied physics. Geophysics. This is the first time the Nobel Prize has been awarded for the kind of work I have done: the study of climate change."

Manabe built the model in the 1960s and laid the foundation for the development of current climate models, NJ Spotlight reported. He is currently the senior meteorologist for Princeton's Atmospheric and Oceanic Sciences program.

The Nobel awards come with a gold medal and prize money totaling over $1.14 million. Awards in literature, peace and economics will be announced through the rest of the week.