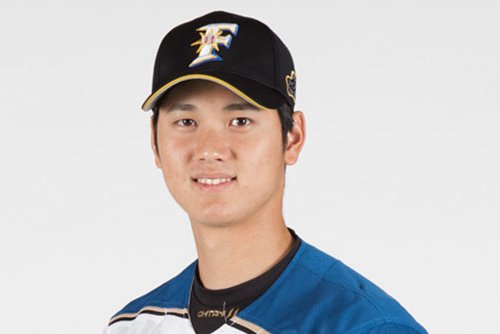 Shohei Ohtani is dominating offseason baseball headlines. The star Japanese player plans on joining Major League Baseball this coming season, and fans' mouths are watering at the prospect of signing him.

Ohtani has been compared to Babe Ruth because of his dominance as both a slugger and pitcher.

And look, he pitches!

Obviously, most teams would love to have the two-way, 23-year-old star. Among the favorites so far to sign him are the usual big-market suspects — Yankees, Dodgers, etc. But hey, what about your hometown Philadelphia Phillies? They play in a big market. Although the team likely won't be jumping the gun on their current rebuild by spending big in free agency, they're still rumored to be sleepers in the Ohtani sweepstakes.

So, how does he feel about possibly donning the red pinstripes? Well, he kind of wants to visit, but he doesn't appear to know we even have a baseball team. Per an interview with MLB.com that was recorded in February but published Thursday:

MLB.com: What do you like about daily life in the United States?

Ohtani: I've only been to Hawaii and Arizona, but I like the huge steaks.

MLB.com: What cities are you curious about and would like to see?

Ohtani: The Rocky Balboa statue, I want a picture of that.

MLB.com: Philadelphia has a baseball team, you know.

Ohtani: No, I just want to visit there.

Ohtani was speaking through a translator, so of course, the transcribed wording of his response may not be a completely accurate depiction of his thoughts on Philadelphia's ball club. If you watch the video of the interview, you'll notice Ohtani says his English is still bare bones at this point, and that things may not come out exactly as he wants them to while using a translator.

But also in the video, the interviewer tells him he'll pass the information about wanting to visit the "Rocky" statue along to the Phillies so the team can use it to lure him. Ohtani, laughing, asks the interviewer to please not do that. Either way you cut it, it's a pretty hilarious diss — intended or not — to the Phillies. Seventy-five days until pitchers and catchers report!