Prof's find in Philly library: Proof that some saw slaves as 'people with feelings' 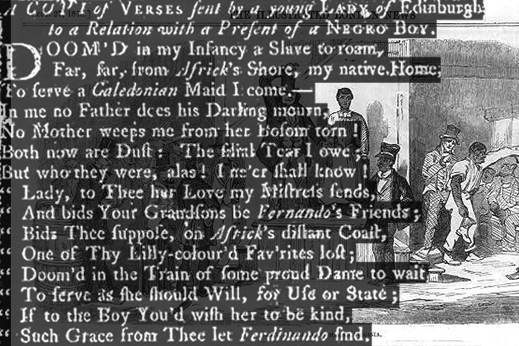 A journalism professor says a short verse he located in a Philadelphia library paints a contrary view of slaves in 18th century America.

Roger Mellen, an associate professor of journalism at New Mexico State University, accidentally found the verse after discovering a few pages in an 18th century almanac at the Library Company of Philadelphia.

Capping an eight-year project, he has published a scholarly article noting that while history has shown slaves in 18th century Virginia were considered their owner's property, some did in fact believe strongly that slaves were "people with feelings, and to be treated humanely," according to a university news release. 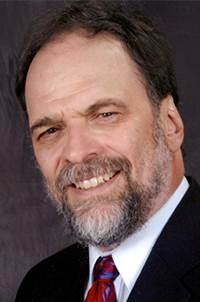 His article, titled “Representations on Slaves in the Eighteenth-Century Virginia Press” was published in the fall edition of scholarly journal “Journalism History.”

“While looking through some archives in the Library Company of Philadelphia, I discovered a few pages of an 18th century almanac that no one knew had even been published,” Mellen told the university. “In this publication, never before studied, was a short but interesting verse about a slave.”

The verse from a fragment of an almanac thought to be from Rind’s Virginia Almanack of 1768 reads:

Doom'd in my Infancy a slave to roam,

To serve a Caledonian Maid I come.

No Mother weeps me from her bosom torn!

Both now are dust: The filial Tear I owe;

But who they were, alas! I ne'er shall know!

"Lady, to Thee her Love my Mistress sends,

"And bids your Your Grandsons be Fernando's Friends;

"Doom'd in the Train of some proud Dame to wait;

"To serve as she should Will, for Use or State;

"If to the Boy You'd wish her to be kind,

A 1764 newspaper from Virginia, not known to exist before its donation to the Rockefeller Library in Colonial Williamsburg, was another major source for this research, Mellen said.

“When examined together, these two publications from 18-century Virginia enable us to view attitudes towards slaves somewhat differently than we had previously,” said Mellen. “Rather than one single viewpoint toward Africans and African Americans as property and less than human, as we could easily assume from this area, these published works brought light to the fact that there were other opinions about these people, even in this time period.”

The Library Company of Philadelphia at 1314 Locust St. in Center City, founded by Benjamin Franklin in 1731, is an independent research library with a focus on American society and culture from the 17th through the 19th centuries. According to the LCP website, its African Americana collection – more than 13,000 titles and almost 1,000 graphics, to date – documents the western discovery and exploitation of Africa and the rise of slavery in the new world along with the rise of movements against slavery.