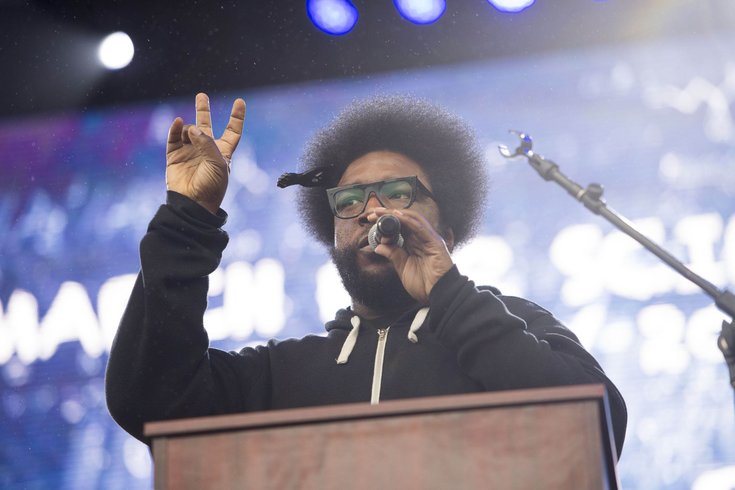 Ahmir Thompson, better known as Questlove from The Roots, launched the #WRINKLEchallenge this week with the goal of enabling more kids to see the new movie “A Wrinkle in Time.”

Every $10 donated to the Give a Child the Universe site will grant one free ticket courtesy of AMC for the movie, which premieres in theaters on Friday, March 9. AMC also is partnering with civil rights advocacy organization Color of Change.

*breaking news* im startin the #WRINKLEchallenge --- because it's IMPORTANT that children see this film. if you are able to donate ($10 bucks or $10 katrillion) please rise to the occasion. SUPER EASY! click here https://t.co/rCnBXfRqRG

The campaign will run through the end of March. “A Wrinkle in Time” director Ava DuVernay praised the musician for his work shortly after the launch.

Waking up to your gorgeous, late-night #WRINKLEchallenge. What a glorious person you are. 🖤 https://t.co/A76dv7u8Pr

Though the film has garnered mixed reviews ahead of its release, advocates are celebrating the work for its diverse, multiracial cast, which includes Oprah Winfrey, Mindy Kaling, and 14-year-old Storm Reid as the film’s lead.

The film is also a big moment for inclusivity in the film industry, with DuVernay the first black female to ever direct a movie budgeted at $100 million.