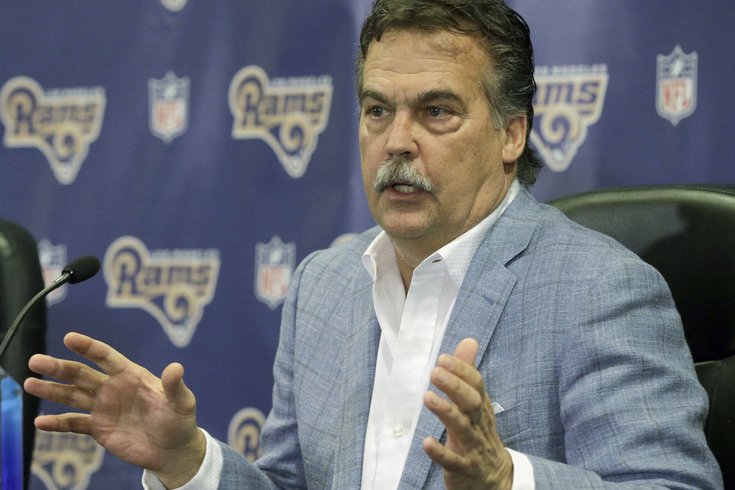 In four years, the Eagles will trade a second round pick for Carson Wentz.

The Tennessee Titans announced that they traded the No. 1 overall pick to the Los Angeles Rams for a hefty package of draft picks in return. This of course means that all speculation surrounding the Eagles trading up to the No. 1 spot can end.

The details of the trade:

The Rams included the second round pick they acquired from the Eagles in the Sam Bradford trade a year ago. It is likely the Rams will use the No. 1 overall pick on one of the top two quarterbacks in this draft, North Dakota State' Carson Wentz or Cal's Jared Goff. Sam Farmer of the LA Times says that Wentz is the presumed target.