'All of the black people at your job love you' 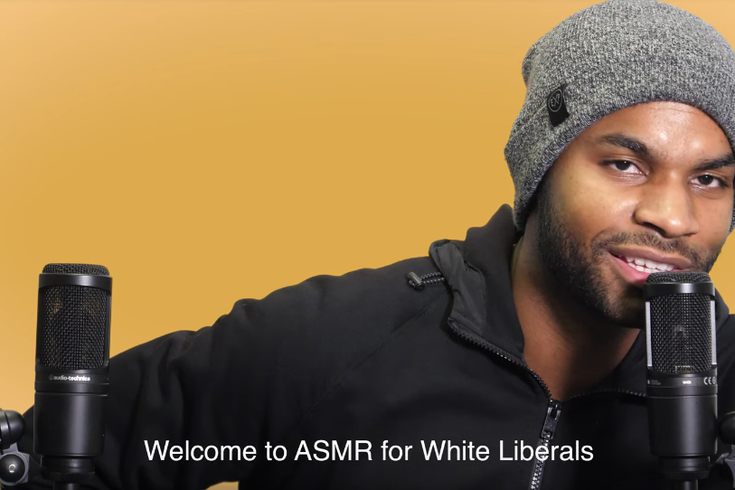 Do you ever feel like you need a break from all of your white guilt? Well, Randall Otis, a researcher for "The Daily Show," has you covered in his new video: "ASMR for White Liberals."

ASMR, or autonomous sensory meridian response, comes from sounds, often multiple sounds, that can evoke a texture or feeling that results in a soft, soothing physical response, like tingling down your spine. It's been all the rage on YouTube and has even appeared in advertisements, like Michelob Ultra.

Well, there's nothing quite like combining the technique of ASMR with the calming vibes that you're doing enough as a white person. How can you be stressed out when you get to hear the assurance that "All of the black people at your job love you."

Or how about when he mentions, “You had sex with a black person?" Before adding, like sweet nothings in your ear, "That means it’s technically impossible for you to be racist.”

The calming tones of Otis rubbing his hair into the microphone takes it to the next level: “You hear that? That’s the sound of the hair you’ve always wanted to touch. And we love it when you do that. None of us think it’s weird.” Or how about the sounds of subtle taps from the trophy you deserve for not being racist?

Though it's especially comforting to hear, "Green Book was a good movie," before ending the video with the softest tone of "Yas qween, yas."

Check out "ASMR for White Liberals" below.