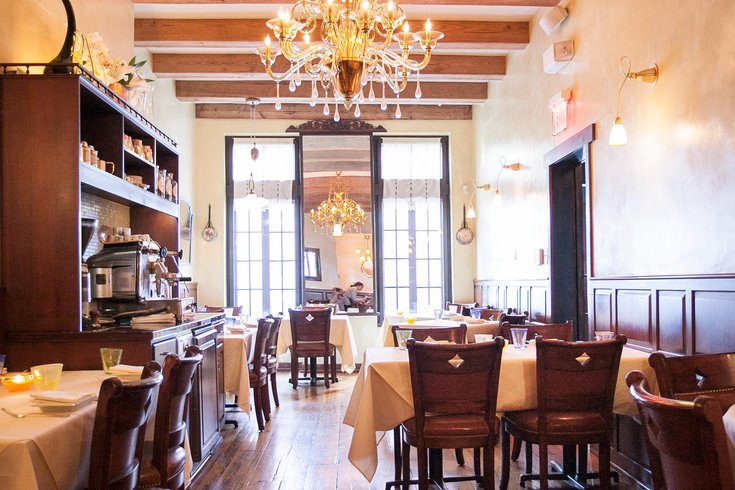 This photo shows the dinning room at Vetri Cucina, 1312 Spruce Street in Philadlephia. The Daily Meal recently named it the best Italian restaurant in Pennsylvania.

Philadelphia is synonymous with good Italian, so it's not surprising that one of the city's establishments recently was named the best Italian restaurant in the state.

In a recent look at the best Italian eateries in all 50 states, the Daily Meal selected Vetri Cucina for its dishes served with "precision and grace" and a vast wine cellar of more than 2,500 bottles.

The upscale Vetri, 1312 Spruce Street, is known for its six-course, $155 tasting menus that might include fare such as roasted cauliflower with bagna cauda, lumache with duck ragù, guinea hen with seasonal mushrooms, and chocolate polenta soufflé for dessert.

In April, The Daily Meal gave the restaurant the No. 2 spot in a look at the 50 best Italian restaurants in the country. So it seems like the No. 1 ranking in Pennsylvania was automatic.

Vetri also has been previously named the best Italian restaurant in the country by Time Out.

The eatery had been among a family of Vetri restaurants, most of which were sold to Urban Outfitters in 2015. Vetri, which was acquired by award-winning chef Marc Vetri and partner Jeff Benjamin, was not included in the sale.