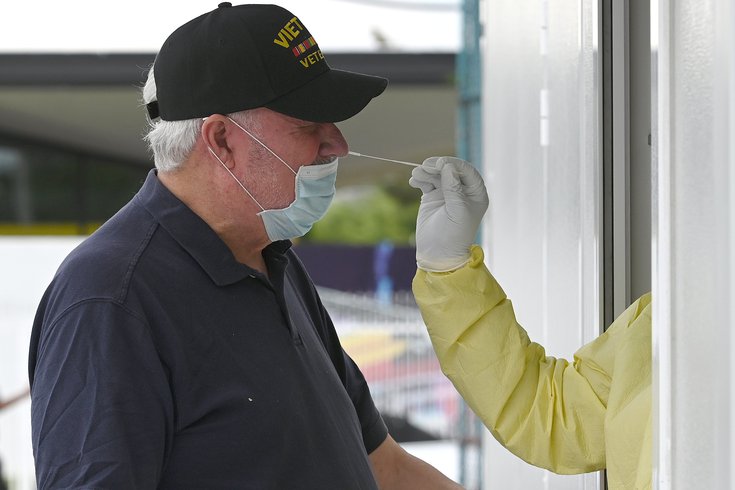 Vybe urgent care centers can administer the nasal swab tests to asymptomatic patients at multiple locations in the Philly area for a cost of $75 per test that is likely not covered by a patient's insurance.

A rapid coronavirus test that can give asymptomatic patients results in approximately 15 minutes is now accessible to Philadelphia area residents.

All 10 of the Philly region locations of urgent care chain Vybe will now provide a version of the rapid antigen testing called the Sofia SARS Antigen FIA, the company announced this week.

The nasal swab-administered test is intended for asymptomatic patients, who do not need an appointment before going to a Vybe location to get tested. Find local Vybe locations here.

The Sofia SARS Antigen FIA test costs around $75 and will likely not be covered by insurance, due to controversy surrounding rapid antigen testing's effectiveness.

A typical COVID-19 test, called a PCR diagnostic test, takes about 24 hours to conclude a positive or negative result, but can take weeks to get test results back to patients due to however many tests a laboratory is processing.

The 15-minute test works differently than a typical COVID-19 diagnostic test, as PCR tests detect the virus' genetic material, but rapid tests only look for specific proteins which exist on the surface of the virus, called antigens.

The BinaxNOW test differs from the Sofia SARS Antigen FIA test as it costs only $5 and uses similar technology to a pregnancy test by indicating a positive or negative result with a line that appears on a testing card after applying a patient's nasal swab to it.

The FDA previously said on Aug. 16 that the results of rapid antigen tests can be unreliable when given a negative result, but are usually correct when giving a patient a positive coronavirus result. They gave an accompanying guidance for administering the test.

Health experts including those of Philadelphia's own Health Department still debate the effectiveness of the rapid antigen test and do not provide this type of testing at their public testing sites.

Vybe appears to be the only location in Philly currently offering the 15-minute rapid antigen tests.