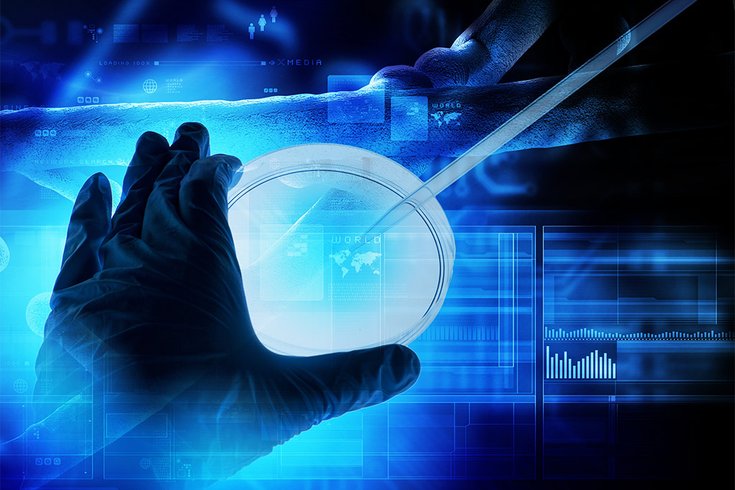 As doctors, we deal with a lot of uncertainty. Often, it is difficult to diagnose what is making a patient sick because symptoms from both infectious and non-infectious diseases can be indistinguishable from each other.

The tried-and-true method for clinicians has been to formulate a list of the most likely possibilities – and narrow that list down by ordering a series of tests. However, despite extensive, state-of-the-art testing in hospitals today, we still can’t diagnose approximately 50% of cases of respiratory infection (pneumonia), bloodstream infection (sepsis), and neurological infection.

I am an infectious diseases physician and microbiologist at University of California, San Francisco. But in college I specialized in computer science and bioengineering. Because so many of my current patients never end up with a definitive diagnosis, I became interested in applying my skills to leverage emerging sequencing technology and develop a computational pipeline for analysis of DNA sequencing data, with the ultimate goal of providing more accurate diagnoses.

WHAT IS NEXT-GENERATION SEQUENCING?

My colleagues and I have developed a novel clinical diagnostic test that allows millions of DNA sequences to be decoded from a single clinical sample; for example, a tube of cerebrospinal fluid collected from a hospitalized patient via a lumbar puncture, also known as a “spinal tap.” The aim of this test, called “metagenomic next-generation sequencing” (mNGS), is to diagnose mysterious infections in acutely ill patients.

So far, the bulk of our experience is using this test to diagnose the most severely ill patients with life-threatening infections. However, I envision that as sequencing costs fall, this test could be performed routinely for all patients with suspected infectious syndromes.

This test is called “metagenomic” because DNA from all potential pathogens – bacteria, viruses, fungi and parasites – as well as the patient are simultaneously sequenced. We diagnose likely causes of infection by searching for tell-tale traces of DNA from the causative pathogen.

Currently, the overall turnaround time for the test is 48-72 hours. New sequencing devices may soon make it possible to run this test in less than six hours.

For our study, published in the New England Journal of Medicine, we enrolled 204 children and adults from eight different hospitals across the U.S. All of these patients had a mysterious, undiagnosed neurological illness – meningitis, encephalitis and/or myelitis – of unknown origin.

We ran the mNGS test on cerebrospinal fluid samples from these patients. After analyzing the data we found that in a surprisingly large proportion of infections – 13 of 58, or 22.4% – mNGS testing was necessary to make a timely and accurate diagnosis.

Overall, our study demonstrates the clinical usefulness of metagenomic testing in diagnosing neurological infections. The approach can be used for other types of clinical samples and infections, such as analysis of respiratory samples to diagnose infectious pneumonia.

It is my hope and expectation that this powerful new diagnostic tool will transform the way that we as physicians manage infections in our critically ill patients. This would ultimately lower health care costs and saving lives by virtue of earlier and more accurate diagnoses.