The Revolutionary War antique, made in 1775, was taken from a display in 1971 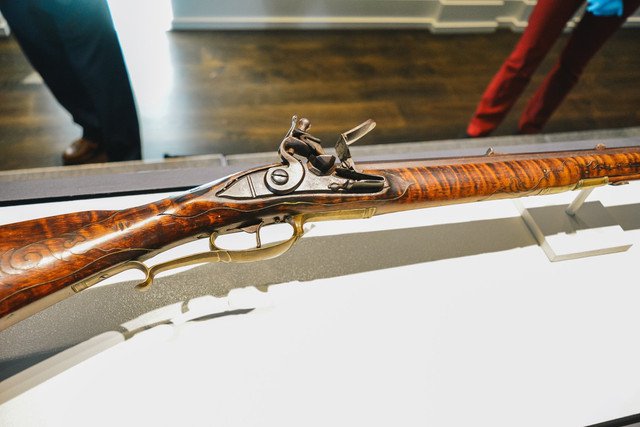 Museum of the American Revolution/Facebook

The rifle pictured above was made in 1775 by Johann Christian Oerter, a master gunsmith based in Pennsylvania's Lehigh Valley during the American Revolution. The flintlock rifle was stolen from the Valley Forge State Park Museum in 1971. Thomas Gavin, of Pottstown, pleaded guilty to stealing it and will spend one day in prison.

A Montgomery County man who stole a rare 18th century rifle from the Valley Forge State Park Museum in the 1970s will spend one day behind bars and pay nearly $50,000 as part of his sentence in a federal theft case, the U.S. Attorney's Office announced.

Thomas Gavin, 78, of Pottstown, was sentenced Tuesday after pleading guilty in July to the theft of a rare surviving Christian Oerter Rifle that was made by the master gunsmith in 1775, during the Revolutionary War. Gavin admitted that he had stolen the gun from a museum display in 1971 and kept the flintlock rifle in his barn for decades.

The rifle was only recovered in 2018 after a dealer purchased it and recognized that it was not a reproduction. It was returned to its rightful owners the following year and has been displayed at Philadelphia's Museum of the American Revolution, which is the successor to the Valley Forge Historical Society.

“Stealing an artifact from a museum – literally a piece of American history – is a serious federal offense,” said acting U.S. Attorney Jennifer Arbittier Williams. “After four decades, justice finally caught up with this defendant. Thanks to the work of our law enforcement partners, the Christian Oerter rifle is safely back where it can be enjoyed by all Americans.”

Johann Christian Oerter is considered a trailblazer in the development of American firearms. Only a few signed and dated rifles from the American Revolution have survived to the present, making Oerter's rifle an incredibly precious artifact worth more than $175,000, prosecutors said. The only other surviving Oerter rifle with the original flint mechanism is held in the Royal Collection at Windsor Castle in England.

Oerter was a member of the Moravian Church who built guns out of his workshop in the Lehigh Valley. The piece stolen by Gavin was engraved with Oerter's name, the date and the location of his shop, Christian's Spring, near present-day Nazareth.

Gavin admitted that he had a habit of stealing artifacts from museums during the 1970s and had sold several valuable pieces in recent years. His attorney argued that he had stolen the Oerter rifle for his own appreciation and sold it for a fraction of its value.

In addition the one-day prison sentence, Gavin was sentenced to three years of supervised release, with the first to be served on home confinement, and must pay a $25,000 fine and $23,385 in restitution.