A 'sister' to top-selling Thin Mints, the latest member to join the lineup will be available in January by direct shipment 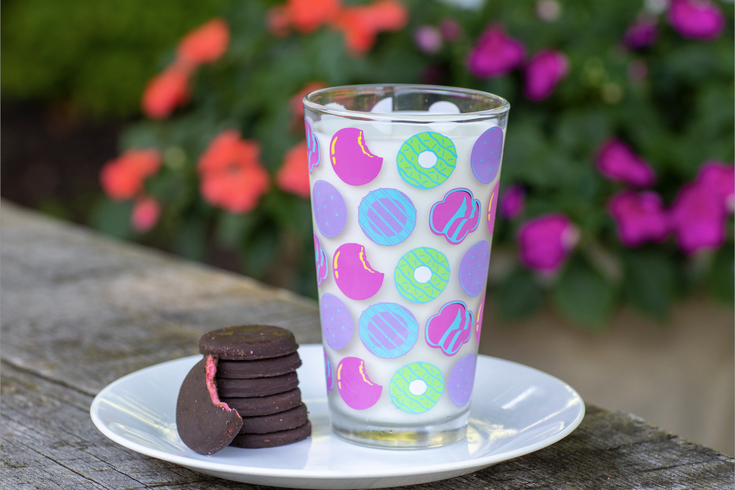 Raspberry Rally is the newest addition to the Girl Scout Cookie lineup in 2023. It's the first to be sold exclusively online and will be available in January. Raspberry Rally is made with raspberry-infused cookie and a thin chocolate coating.

While Girl Scout cookie season doesn't start until after the new year, fans of the treats can look forward to a new raspberry-flavored cookie on next year's lineup – and for the first time, it's only available online.

Raspberry Rally, a "sister cookie" to the top-selling Thin Mints, is joining the 2023 Cookie Program, the organization announced Tuesday. Raspberry Rally trades in the traditional mint-infused cookie for a fruity version, but keeps the signature thin chocolate coating.

The new cookie will be sold exclusively online for direct shipment, as a way to enhance the Girl Scouts' e-commerce sales and entrepreneurial skills. It will be available to all consumers nationwide starting January 2023.

Girl Scouts of America was founded by Juliette Gordon-Low in 1912 in Savannah, Georgia. The Cookie Program was created five years later to help pay for troop activities, but the baking was only done on a small scale. It went national in the 1920s after a cookie recipe was featured in a magazine published by the organization, called "The American Girl."

The Girl Scouts of Greater Philadelphia began selling cookies in 1933 out of the city's electric and gas company windows. A year later, it became the first troop to sell commercially baked cookies.

Since then, the program has become synonymous with Girl Scouts, selling millions of boxes each year to raise money for local councils and troops.

The Cookie Program allows troops to earn badges in goal setting, in-person or online sales pitching, market research, business planning and digital marketing. It's the most visible and popular facet of the century-old organization.

The COVID-19 pandemic presented a new set of challenges for the Girl Scouts and its troop leaders – particularly for the Cookie Program, which has typically relied on in-person booths or door-to-door sales.

At the end of the 2021 cookie season, Girl Scouts of America revealed that it was still holding onto 15 million leftover boxes of cookies. The excess supply even included Thin Mints, which have been one of the most popular flavors since they were launched in 1939 (they were called Cooky-Mints back then).

"It's exceedingly rare to have significant excess inventory but the pandemic greatly impacted our cookie program, despite demand for cookies remaining strong," a spokesperson for Girl Scouts of America told CBS News.

Girl Scouts make around $700 million each season, selling more than 200 million boxes of cookies. Since 100% of the proceeds remain with local troops, the local councils who wound up with a significant inventory at the end of the season faced some economic impacts.

If you're wondering what Girls Scouts did with its extra 15 million boxes, the pandemic brought a unique opportunity for the organization to support frontline workers through cookie donations. Girl Scouts of the Jersey Shore sent cookies to police and health care workers at Hackensack Meridian Health in Edison County.

The pandemic also moved much of the Girl Scout Cookie Program online, trading in booths outside of grocery stores and in public parks for shared links with individual troops.

The 2022 season took on most of these challenges, expanding the program to allow deliveries through Doordash, Grubhub and other apps, in addition to direct shipments.

The Girl Scout Cookie Finder app, which was released in 2014, lets people find digital and in-person sales that benefit local troops. To find the closest cookie-seller near you, just text "cookies" to 59618.