Wendy Clark, who grew up on the 5700 block of Wyndale Avenue, is credited with bringing the music genre to Philly in the '80s 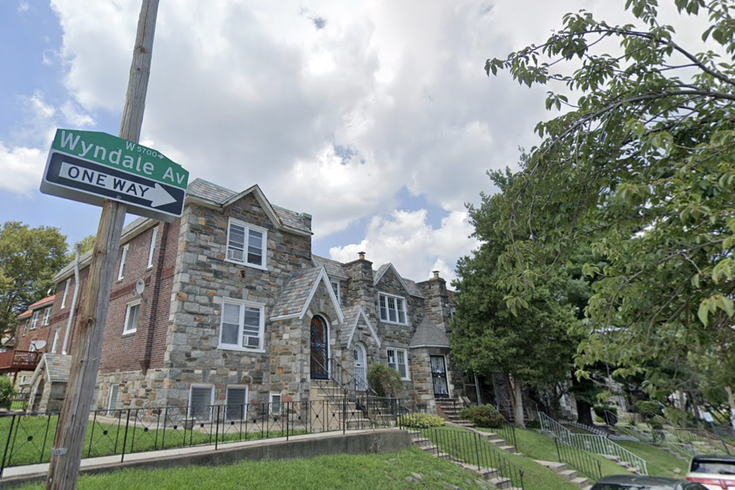 Philadelphia honored radio pioneer Lady B on Saturday, renaming the 5700 block of Wyndale Avenue after her. Born Wendy Clark, she is credited with being one of the first female rappers and releasing one of the earliest hip-hop singles in the United States.

Musician and radio personality Lady B was honored on Saturday afternoon when city officials renamed the West Philadelphia street she grew up on after her.

The 5700 block of Wyndale Avenue in Overbrook is now known as "Lady B Way" to celebrate the artist's contributions to hip-hop culture in the city. Born Wendy Clark, she is credited with introducing the music genre to Philly and being one of the first female rappers.

Lady B didn't discover the burgeoning music genre until she was already out of high school. She would frequent parties in Brooklyn, where MCs would chat over disco records. She told WXPN that she loved how hip-hop was born out of disco, but was much more inclusive, bringing an entirely new culture into urban areas.

While working at the now-shuttered Kim Graves nightclub in Center City during the late 1970s, she would step on stage in between serving drinks and try her hand at replicating the rhymes she heard at parties. It was there that Perri Johnson, a former WDAS radio jock, approached her about releasing her own hip-hop song.

Lady B released "To The Beat Y'all" in 1979, which was one of the earliest hip-hop singles in the United States.

She interned at WRNB 100.3 that same year and was eventually given a weekend show after pleading with executives. Her show, "The Street Beat," launched hip-hop on Philadelphia radio.

"It was such an exciting time especially when New York was known for hip-hop because the birth of hip-hop was there," Lady B told the Philadelphia Tribune. "Philadelphia was the little sister, the little brother. So it was very fulfilling to play my local friends here in Philadelphia."

Lady B left WRNB in 1984, bringing her weekend show to WUDL Power 99, where it ended in 1989. She then spent time at WBLS in New York City before returning to WRNB. She was dismissed from the Old School radio station in 2017. WRNB did not explain its reasoning for her dismissal and backlash from fans noted how she was a positive influence to young listeners.

"Lady B wasn't just playing mindless music. She was also dealing with community concerns," civil rights attorney Michael Coard told Metro. "She still had the great R&B. She still had the old-school hip-hop, but every now and then, she'd throw in a little more of the community stuff."

Lady B joined the team at Classix 107.9 in 2019 with a weekday radio show. The station, which plays R&B classics from the 70s and 80s, was excited to bring her on and called her "medicine for the soul."

“If there is someone out there that needs a helping hand, she (Lady B) rallies everyone she knows to make a difference to lift up that person," Ezio Torres, general manager and vice president of Radio One Philadelphia told Radio Ink. "I mean, yes, she is a superstar and knows more about music than most others in the business but that’s because she knows the artist, the producer, and the story behind the song. I am so excited for Lady B to get a street named in her honor and in her neighborhood.”

The celebrations will continue later this month when Lady B hosts her signature "Basement Party" at the Dell Music Center on Aug. 28. Tickets are available for $40.