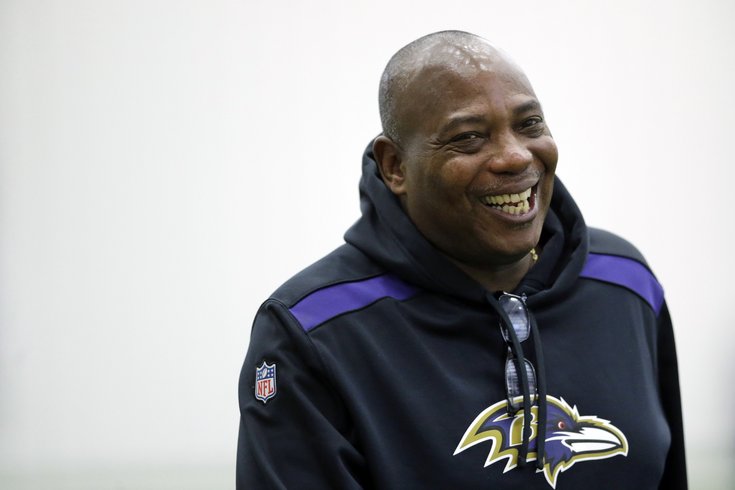 Baltimore Ravens general manager Ozzie Newsome handed his starting quarterback Joe Flacco a new record-setting contract that will pay him $21.1 million per season over the next six years. That is the highest figure in the NFL, topping Aaron Rodgers, who averages $21 million even per season.

Flacco went 3-7 in 2015 before being lost for the season with a torn ACL. Since the Ravens won the Super Bowl in 2012, here is where Flacco finished in Football Outsiders' DVOA rankings (minimum 100 pass attempts):

Naturally, when you compensate a struggling quarterback coming off a serious injury like the highest paid player in the world, you're going to be questioned about it. In defense of the deal he struck with Flacco, Newsome decided to point to the contract that was just signed by Sam Bradford as an example of an unaccomplished quarterback who Newsome clearly feels is being overpaid.

“Joe is our quarterback, and we’re proud to be able to say that. Teams struggle with the quarterback position,” Newsome said.

“Philly signing [Sam] Bradford and Washington having to put the franchise tag on [Kirk] Cousins [are examples]. They don’t have the resume that Joe has, and for us to be moving forward with a guy that has eight years and won a Super Bowl and been in three AFC championship games, it speaks volumes.”

Newsome: “Joe is our QB and we’re proud to say that. Teams struggle with the QB position.”https://t.co/yv3AzzK56n pic.twitter.com/DTxBGflZe2

The Eagles and Ravens had an incident back in August of last year, when Terrell Suggs took a cheap shot on Bradford during a preseason game. The Eagles will face the Ravens during the regular season in 2016.

Anyway, just take your criticism for handing out a terrible contract like a man, Ozzie. You worry about your own overpaid, mediocre quarterback, and Philly will worry about theirs.