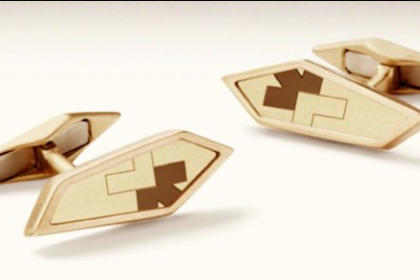 #HeForShe cufflinks were seen on the Oscars red carpet in a show of support for the United Nation's HeForShe campaign for gender equality, among other fashion statements.

From gender equality-promoting cufflinks to sustainable suits and eye-catching bling bringing attention to lung cancer, several celebrities proved that fashion can truly make a powerful statement during the 2015 Oscars and red carpet event on Sunday.

A record-setting total of 43 million viewers tuned in to Academy Awards, the most in 10 years, according to The Washington Post.

Actors Steve Carell and Jake McDorman wore special #HeForShe cufflinks in a show of support for the United Nation's HeForShe campaign for gender equality and were later given social media props for it by actress Emma Watson, a well-known proponent of the cause who delivered a captivating speech before the U.N. back in September. 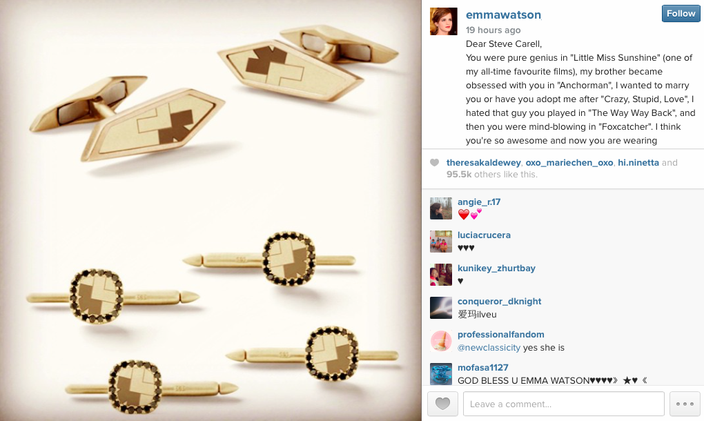 The simple two-arrow design sums up the founding principle of HeForShe: That men are just as much a part of the fight for gender equality as women, according to mic.com.

A special thank you to @SteveCarell for wearing #HeForShe cufflinks tonight. We're calling it now, best dressed of the evening! #Oscars2015

Laura Dern, who recently portrayed Cheryl Strayed's mother, Bobbi Lambrecht, in the movie adaptation of Strayed's 2012 memoir "Wild," also made a red carpet statement Sunday. Lambrecht died of lung cancer only seven weeks after she was diagnosed. Dern wore a turquoise ring in honor of LUNG FORCE's signature color and, later, a turquoise dress at the exclusive Vanity Fair After-Party, according to the American Lung Association’s LUNG FORCE awareness initiative.