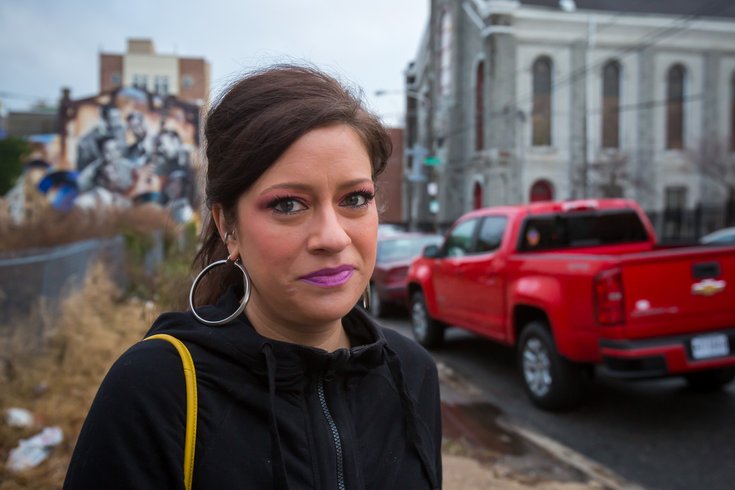 JoAnn Kotchetovsky fights back tears while reciting a memory of her brother, Scott, who's 2016 overdose death led her to stop using heroin as well.

Sitting Indian-style on her bed in her North Philly apartment, JoAnn Kotchetovsky cradles a framed photograph of her late brother, Scottie, and can no longer fight back the tears.

He would have been 31 in March.

“If he just lasted a little bit longer, seeing that I did it,” she said. 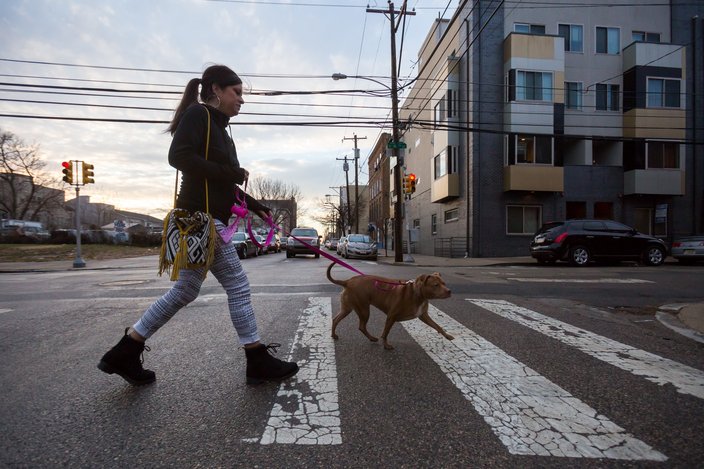 Another form of support is from her dog, Poppy, who's witnessed both sides of the addiction.

On June 22, 2016, JoAnn lost her younger brother to a heroin overdose. A member of the Philadelphia ironworker's union Local 401, a skilled woodworker, and a talented guitar player, Scottie was found unresponsive in his car in a parking lot in Montgomeryville.


Crossing over North Broad Street from Girard Avenue, JoAnn looks behind her warily.

Not too far from this intersection, she used to buy heroin from the same guy who would sell her cocaine.

“It’s always a slow introduction,” she said of opioid addiction.

“I did the rave drugs for years, but none of those are addicting. You don’t drop acid and then the next day, want more.”

Heroin has made headlines a lot lately. Just last month, the Philadelphia medical examiner’s office reported 35 people dead from overdoses of the drug in a span of five days.

But JoAnn’s story is not like these others. On the contrary, it’s a story of survival. How she arrived at recovery is quite different from the routine “steps” systems many are expected to follow. Her methods are controversial but working.

“I’ll never forget the first time someone gave me a Percocet. We had been partying and a friend of mine gave me one to go to sleep. It was a warmth – a rush – like a hug. I loved it,” she said.

From that point on, anytime JoAnn could get her hands on painkillers – Percocet, Oxycontin, Oxycodone – she took the bait.

“I remember, I was scared to death,” she said of her first time using heroin.

“I did the tiniest little bit, but it was enough to [satisfy] my cravings. From there on, it was so much cheaper, such a better rush, and I know it sounds silly, but at least I’m getting it from a fancy drug dealer. I’m not going down to cop it in Kensington,” she said. 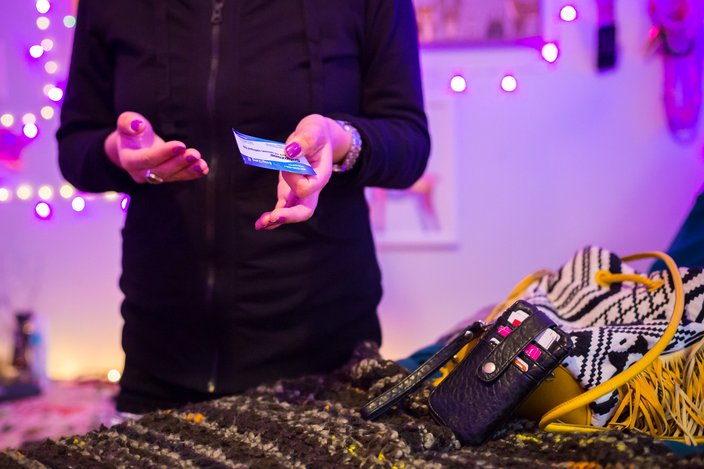 Although Kotchetovsky is clean, she carries a film of Suboxone with her - creating a sense of security just knowing it's there. The problem is, she has to buy it from her former dope dealer due to its restricted availability.

Because of these economic reasons, JoAnn’s reliance on prescription pills, purchased on the street, steadily tapered off. Heroin was her new drug.


“I was spending all of my money. I was being such a hermit,” she said.

“I was actually complaining to my drug dealer how I really wanted to stop, and I couldn’t. He told me to open my mouth and he put a Suboxone on my tongue. And that was the last time I’ve ever done dope.”

Suboxone is a prescription medication designed to treat people dependent on opioids, such as prescription painkillers and heroin. According to its website, it should be used as part of a complete treatment plan that includes counseling and psychological support. Even working full-time in restaurants, JoAnn does not have private health insurance, insurance through the Affordable Care Act, and is not eligible for MedicAid. So, she buys it from her former drug dealer due to its restricted availability.

“Richie,” whose identity is being protected for fear of retribution and legal consequences, is a pusher from West Oak Lane. He is convinced Suboxone saved JoAnn’s life.

“I told her that she needed to get on [Suboxone] because she went from recreational to very habit-forming, and she went from playing in the minors to the majors. I saw the downgrade in JoAnn.”

“It changed my life,” she agreed.

Never did JoAnn consider going to a methadone clinic to get sober. She criticizes methadone clinics for being “synthetic heroin houses” and for enabling addicts to essentially “trade one drug addiction for another.” 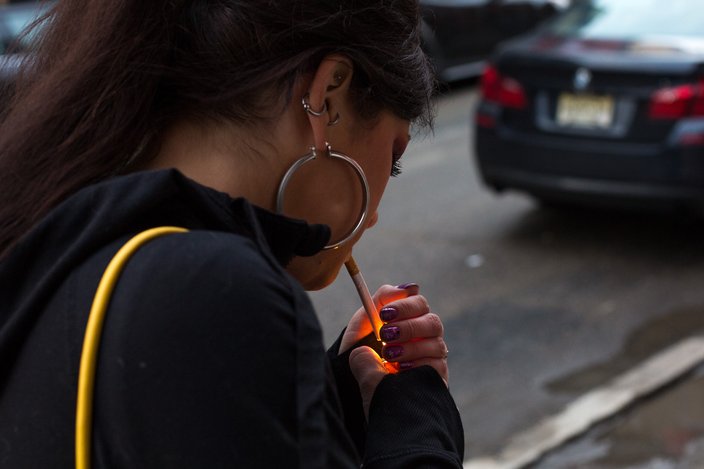 Smoking cigarettes has actually helped her move beyond heroin use, which is better than the alternative, says Kotchetovsky.

Not surprisingly, state officials see it quite differently.


Dr. Rachel Levine is Physician General for the Commonwealth of Pennsylvania.

“Medication is not a cure within itself,” said Levine.

“The way opioids work is they stimulate receptors in the brain, blocking pain and other effects that can lead to pain. The way that Suboxone works is it interacts with the receptors so that the patient doesn’t have withdrawal. This is different from abstinence-based therapy, where you come off the drug altogether. This prevents withdrawal symptoms and cravings which can occur because of the way opioids affect the body.

“In almost all cases, the person is going to need other services and should get this medication from a physician who has training.”

Levine suggested seeking out a Medicaid Center of Excellence, which is essentially a tertiary health care provider that's advertised as the most cost efficient for patients who don’t otherwise have their own means of health care. She also said people without insurance can contact their single-county authorities (SCA) in their area. SCAs work in conjunction with the Pennsylvania Association of County Drug and Alcohol Administrators (PACDAA) and receive state funding for services treating drug and alcohol prevention and intervention at the local level.

“It’s a medical condition – a disease – and it requires treatment in the case of opioid use, just like we use medicine to treat diabetes or asthma or anything else,” said Levine.

“Prescription drug abuse or heroin overdose crises are the biggest health crises in the nation...but [some] patients on methadone or Suboxone can be very happy and do very well."

These days, only when JoAnn is feeling overly anxious, stressed or on edge, will she “eat” one-quarter of a film of Suboxone. 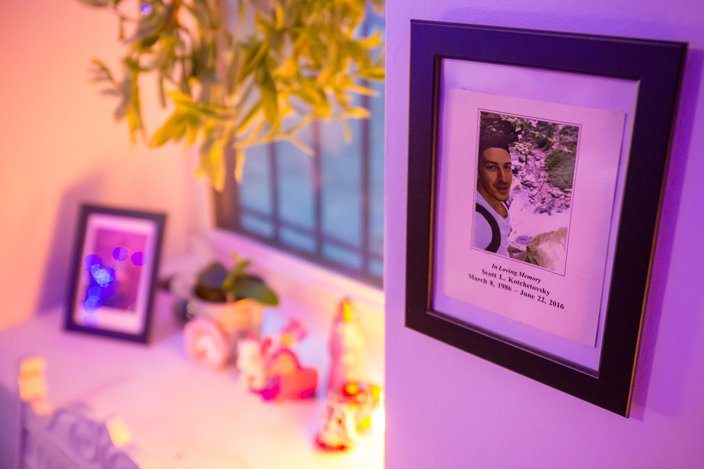 When Kotchetovsky's brother, Scott, died of an overdose in the summer of 2016, she was still using. That's when she decided to come clean.

“Scottie…” she said, choking back tears.


“Him seeing me overcome my struggle would have been an inspiration. I think it would have bonded us closer together because he knew what I was going through. My wanting to stop came from his passing.

“Heroin sucks your life away," she went on to say.

"You don’t care what you look like. You don’t care who you hang out with or what you do…Aside from not spending a bunch of money and not having this crippling addiction that ruined my life, my relationships with my family and friends have vastly improved. It’s eye-opening to hear that people really were worried about me, they just didn’t know what to say. It feels really good knowing that I’m in the clear.”