A recap of the Eagles' 2019 injuries so far, in stick figure form 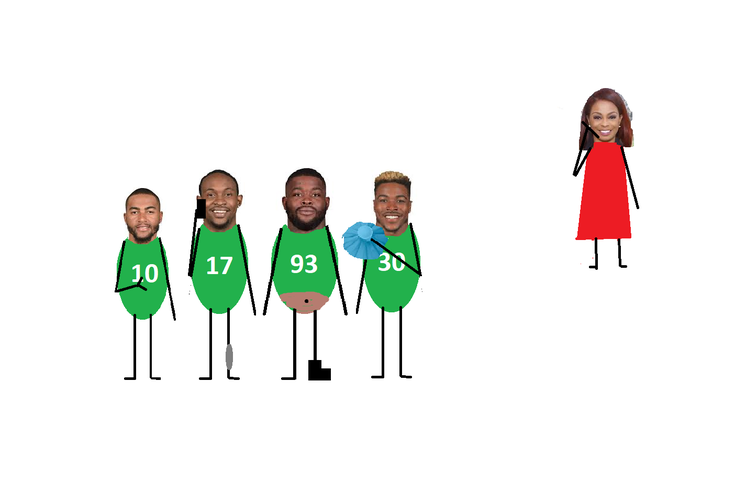 Hey look! The Eagles have a ridiculous number of injuries again!

Every Friday here, we post the Eagles' and the Eagles' opponents' final injury report. With the Birds on their bye, perhaps we can just take a look at all the injuries so far this season, in stick figure form.

Like they did in 2018, the Eagles entered the season missing a bunch of players before they even played a game that mattered, though at least they weren't as important as a guy like Carson Wentz, who missed the first two games.

• LB Kamu Grugier-Hill: Kamu was having the best camp of his career, by far, when he was sidelined by a sprained MCL.

• OT Jordan Mailata: Mailata was listed as "out" with a back injury. He'll eventually go on IR.

• QB Nate Sudfeld: Remember when the Eagles' biggest worry was who the backup quarterback would be for a few weeks while Sudfeld recovered from a broken wrist? Ah, memories.

• CB Jalen Mills: Mills was still not ready to play after a Lisfranc injury suffered again the Jaguars in October of 2018. He began the season on the PUP list.

• DE Joe Ostman: Ostman was having a great camp, before he was lost for the season with a torn ACL.

• TE Richard Rodgers: The Eagles placed Rodgers on the season-ending IR list with a foot injury. They would eventually waive him off of IR.

• DT Malik Jackson: Suffered a Lisfranc injury against Washington, most likely done for the season.

• TE Dallas Goedert: During pre-game warmups, Goedert hurt his calf, and sat out.

• WR DeSean Jackson: Jackson only plays a handful of snaps against Atlanta, but he suffers an abdonimal injury, and won't return until Week 9.

• DT Timmy Jernigan: Jernigan suffers a foot injury in Atlanta. He'll be out about a month.

• RB Corey Clement: Clement suffers a shoulder injury on a play in which he fumbles against the Falcons on a kick return.

• CB Ronald Darby: Darbs tweaks a hamstring against Detroit after a rough start to the season.

• RB Darren Sproles: Sproles suffers a quad injury against the Jets and is week-to-week.

• RB Corey Clement: Clement's shoulder injury never really gets any better, and he lands on IR.

• LT Jason Peters: Peters goes out with a knee injury in Minnesota.

• LB Nigel Bradham: Bradham will miss time with an ankle injury suffered against the Vikings.

Gains: Jackson, Maddox, Sproles, and Jernigan all return. However, it doesn't feel like the Eagles got healthier, as Jackson aggravates his abdominal injury after just 4 snaps, and he lands on IR.