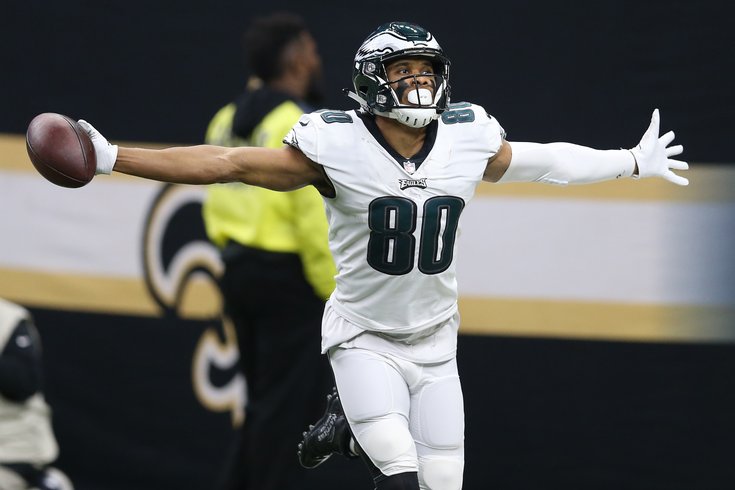 According to a source, Philadelphia Eagles on-again, off-again wide receiver Jordan Matthews is in Philadelphia for a physical. Should he sign back with the team, it will be his third stint with the Eagles.

The Eagles announced on Monday that DeSean Jackson was undergoing surgery on his abdomen. They did not provide a time-frame for recovery, but Jackson's availability for the rest of this season is in question.

Jackson has already missed six full games, and the majority of two others. When he has been out of the lineup, the Eagles' remaining receivers have been unable to pick up his slack, or anything close to it. They have also noticeably missed a speed element in their offense.

Matthews won't help much on the speed front, but he is close with Carson Wentz, and is more reliable than Mack Hollins and J.J. Arcega-Whiteside, who have both been invisible.

Matthews signed with the Eagles during the season last year, and had 20 catches on 28 targets for 300 yards and 2 TDs. He also socred on a 37-yard TD reception in the divisional round of the playoffs against the New Orleans Saints.