Natalie Egenolf: Don't blame DeSean Jackson for his injury, blame the Eagles for not being prepared 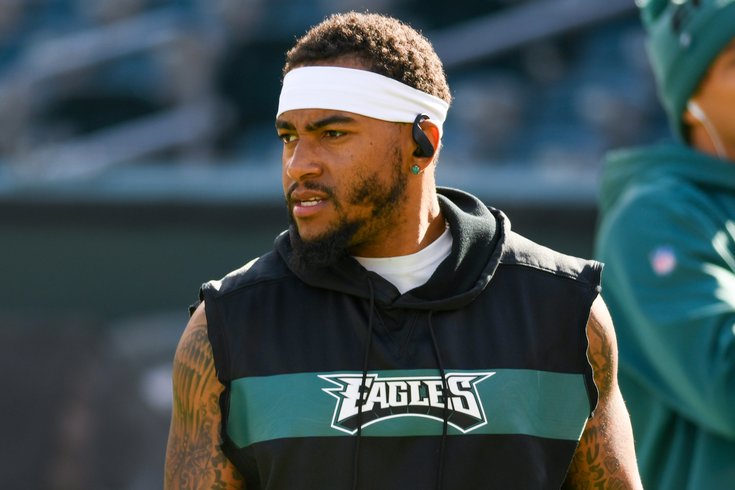 The bye week is always the best time to assess the progress a team has made since the beginning of the season, and the Eagles are no different.

With the wide receiver situation looking bleaker and bleaker as the weeks went on, it seemed like the bye would be a reset because DeSean Jackson would finally be retuning. For Eagles fans heading into the bye, this was supposed to be the week when questions were answered. The entire first half of the season the fanbase believed once DeSean came back, the offensive woes would disappear.

Unfortunately since the news broke that DeSean Jackson has been placed on injured reserve for the remainder of the season, those hopes came crashing down faster than anyone could have expected. It was a heartbreaking blow for all those who were hopeful, especially since the Eagles decided to stand pat at the deadline. However, some of the reaction from the fanbase what not quite what I expected.

I expected the fans to be angry. I expected them to be disappointed. What I did not expect was them to blame DeSean directly for what has transpired.

“You should have gotten surgery!” they tweeted. Or, “The Eagles medical staff sucks!” was the reaction on the phones at 97.5 The Fanatic. One fan even went as far as to call him “spiteful” for his decision not to get surgery when he sustained his initial injury.

Jackson took the response to heart and posted on his Instagram to let the fanbase know he understands their anger and let them know he’s angrier than anyone about how this injury.

I put all my passion into this shit I don’t care if anyone ever doubt that !! Know I’ll come bac stronger than ever !! If you mad that’s understandable I’m more Angry than anybody but it’s GODS plan not mine !! Trust the process !! 💪🏾💪🏾

Spiteful is a harsh word to throw out about a receiver who has been so heavily relied on by the fans to come back and single handedly save the season.

All of the reports that have come out since Sunday indicate the Eagles medical staff recommended surgery for DeSean Jackson’s initial injury. While we’re not privy to the medical details, it’s been speculated that this surgery was similar to the one that Mack Hollins underwent. A surgery that, after some unforeseen complications, kept him sidelined for 18 months. Jackson opted to rehab without surgery as an alternative choice, knowing the outcome of the surgery with complications may have kept him out longer than if the rehab would have been successful.

In an attempt to comeback as quickly as possible, I have to believe this was his motivation for declining the surgery initially. A decision made out of spite would indicate DeSean rebuked the recommendation for surgery with the intent to sabotage the progress of the team.

This notion of “spiteful” seems to be coming out of a place where the expectations of the athletes are to be infallible when it comes to making choices about their injuries. Jackson should not be a scapegoat for the decision makers, like Howie Roseman, who were aware of the weaknesses at the receiver position and chose nothing to do about it at the trade deadline — or in the six weeks prior while Jackson's rehab was taking slower than expected.

It’s unfortunate and disheartening that the return of DeSean Jackson to Philadelphia has gone this way, but it’s more unfortunate that the organization knew the risks when it came to DeSean and chose to not show the same sense of urgency the fanbase seems to feel.