Reflections of Hollywood in this Center City eyeglass store

Who needs Fifth Avenue when fashionable frames for your face are right in Rittenhouse Square? 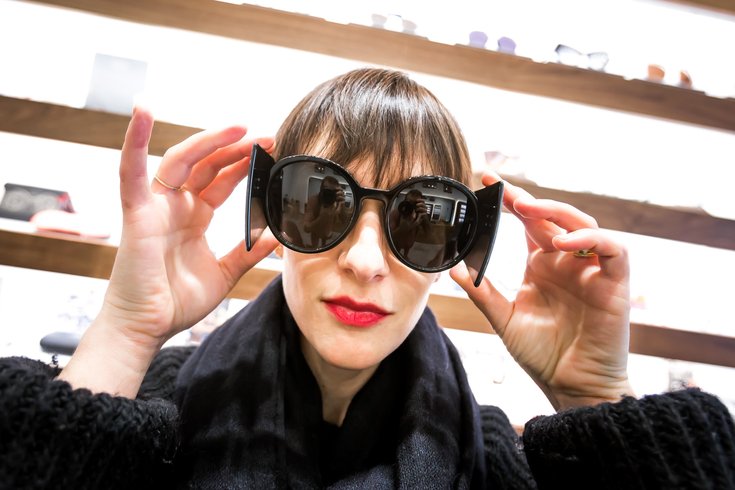 Joanna Iffrig, optician at EyeSite, models a pair of glasses made by Thierry Lasry for Steffie Christiaens. Lady Gaga was photographed in these shades at one point.

Lady Gaga. Spike Lee. Elton John. What do these three have in common?

They’re just a few famous people who have donned the wares of EyeSite eyewear on South 18th Street, near Rittenhouse Square.

Easy to miss if you’re not wearing glasses, the nondescript “rarefied optical boutique,” as it's described on its website, “showcases museum-caliber eyewear offering customized spectacles for the discerning enthusiast.” 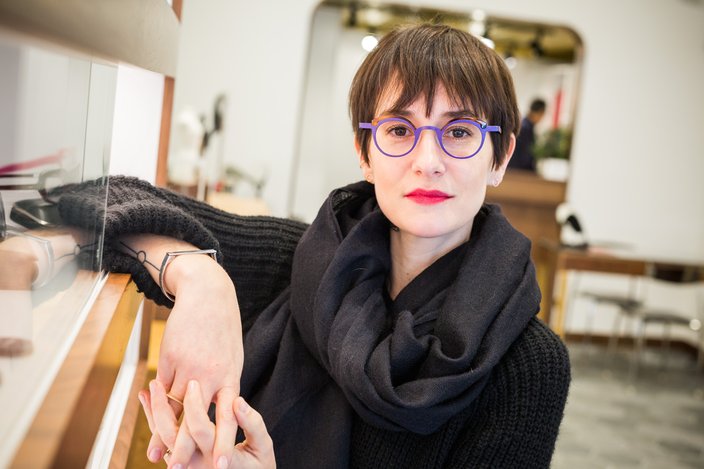 This is no LensCrafters or America’s Best (no insult to those establishments intended).


But some of these specimens go for a premium of several thousand dollars, depending on if the customer wants frames made from stingray- crocodile- iguana skin, cow leather, cork, exotic stones, goat leather, snakeskin from India, rare wood, horn – even hand-painted cashmere.

“You won’t find anything like this anywhere else in Philadelphia,” said EyeSite optician Joanna Iffrig.

Store owner Gene Kogan has been in business for more than 14 years in Philadelphia, after moving his family from New York City. He relocated EyeSite three times, all within the Rittenhouse area, and now intends to stay put on 18th Street. 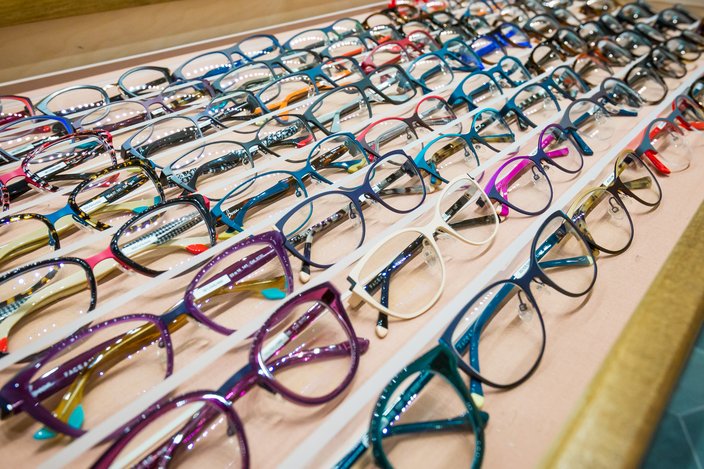 Dozens of frames from Face á Face, a custom frame design company based in Paris, France.

“What makes us different is – we have different approaches and concepts than most optical shops,” he said.


“Our inventory is very creative and distinctive. We support only independent labels – all small companies. All of our products are hand-made; small; nothing is mass-produced. [It’s all] micro-production. These are the people who know about how frames need to be done – how they fit faces.”

“They [come] from all over the world – Germany, France – a Luxembourg company.” 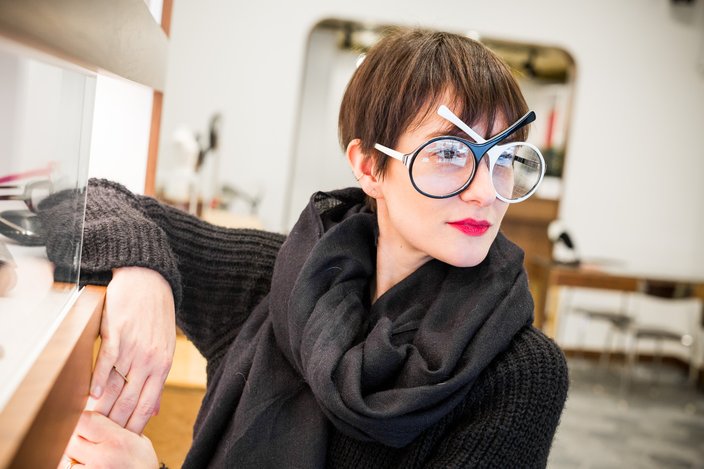 
“Another company uses real buffalo horn – one of the oldest material, besides tortoise shell, which got banned in 1970,” he said.

“I try to run my business the old-fashioned way, like many small businesses would. We know our clients by name.”