Project will include 206 units and 20,188 square feet of commercial space 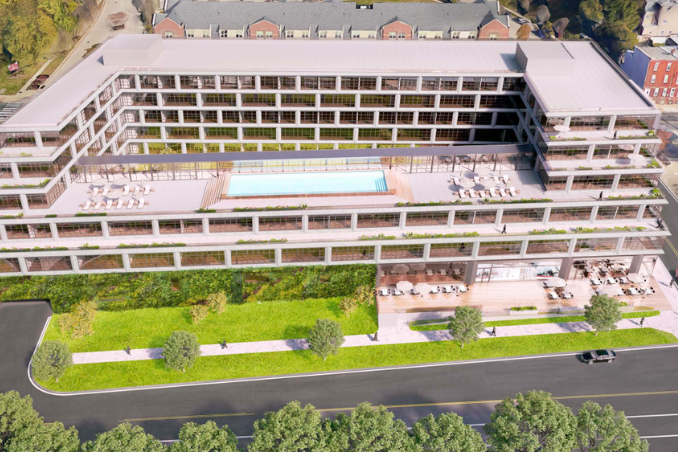 The new proposal, led by Grasso Holdings and designed by Onion Flats/Morris Adjmi, features a total of 206 one-bedroom and two-bedroom units on six floors, with an additional 20,188 square feet of commercial space.

Located at 4300-4326 Ridge Ave., the project now has a much more striking look than previous renderings still posted at Onion Flats' website. The green roof and solar panels are now less conspicuous, while the colorful facades have been replaced with a more uniform color scheme and a tapered stacking of each floor. Revisions to the plan, originally set to be completed in 2014, became necessary in part because PennDOT and the Philadelphia Streets Department imposed new access requirements. 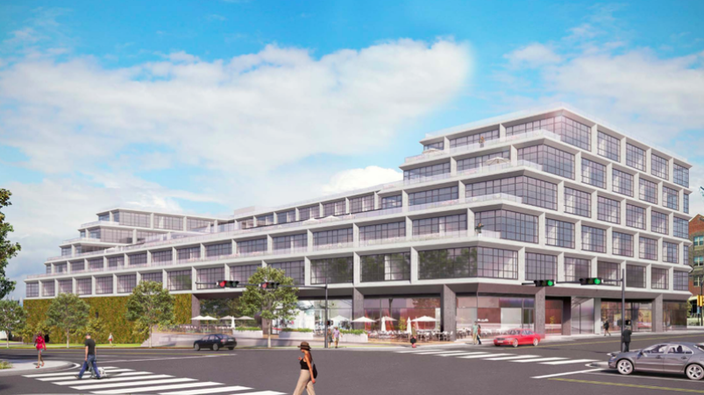 In addition to a pool and plans to incorporate an Indego station on the property, the project also calls for a parking garage with 194 spaces and interior storage for 72 bicycles. The developers are seeking Energy Star certification through the use of sustainable materials, the green roof and water reservoir and approved appliances.


The Civic Design Review Board is scheduled to assess the proposal on May 31 at 1 p.m.