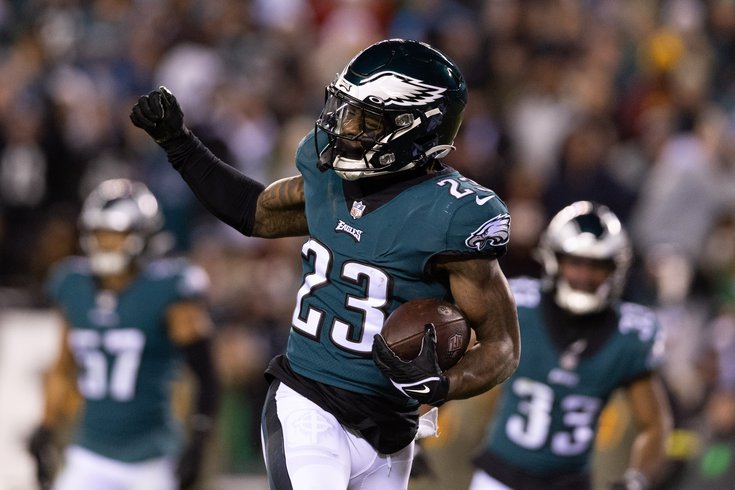 In the Philadelphia Eagles' Sunday night win over the Green Bay Packers, safety Chauncey Gardner-Johnson suffered what was originally called a rib injury by the team. He was carted off the field, and was clearly in a lot of pain.

Chauncey Gardner-Johnson getting carted inside. Clearly in a lot of pain. pic.twitter.com/VuOt9raXiW

As it turns out, Gardner-Johnson suffered a lacerated kidney, according to Tom Pelissero of NFL Network.

#Eagles safety C.J. Gardner-Johnson is out indefinitely after suffering a lacerated kidney in Sunday night’s win over the #Packers, per sources.

It’s a non-surgical injury. Testing is ongoing, so timetable still TBD, but it is not expected to be season-ending.

Two notable lacerated kidney injuries occurred in 2015, to the Chargers' Keenan Allen and the Colts' Andrew Luck. Allen missed the Chargers' final eight games of the season. Luck was originally on a timetable to miss 2-6 games, but he ended up missing the Colts' final nine games of the season after his recovery did not go as quickly as anticipated.

Former Eagle Zach Ertz lacerated his kidney in 2019, and only missed one game.

Gardner-Johnson leads the NFL with six interceptions. If he lands on injured reserve, he'll miss at least the next four games, against the Titans, Giants, Bears, and Cowboys. Undrafted rookie Reed Blankenship stepped in for Gardner-Johnson on Sunday night after he went down.