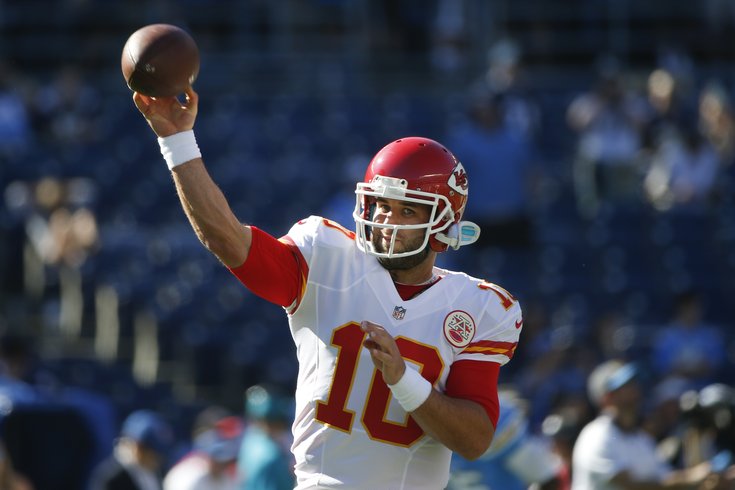 Ideally, Chase Daniel will be better than Matt Barkley and Mark Sanchez.

According to Adam Schefter of ESPN, the Eagles are fortifying their quarterback position with the addition of the Kansas City Chiefs' Chase Daniel, who has agreed to terms on a new multi-year contract.

Eagles and QB Chase Daniel agreed in principle on multi-year deal, per @caplannfl and me. Daniel reuniting with Doug Pederson.

Daniel has been a speculated target of the Eagles for months, initially as a low-cost replacement option for Sam Bradford, then later as a potential backup after Bradford signed a new two-year deal.

It it likely that Daniel did not find much in the way of starting job opportunities elsewhere, which may have made Philadelphia the next best option. In the past, Bradford has been unable to stay healthy, therefore, Daniel may have seen the Eagles as his best chance to play. As an added bonus, in Philly, Daniel would not have to learn a new playbook under former Chiefs offensive coordinator and current Eagles head coach Doug Pederson.

Daniel's presence will almost assuredly end the tenure of Mark Sanchez in Philadelphia. Sanchez is scheduled to count for $5.5 million against the Eagles' salary cap in 2016. They would save $3.5 million of that if they cut him, $4.5 million in the extremely unlikely event they were able to trade him.

The Eagles are also very likely to draft and develop at least one quarterback in the 2016 NFL Draft.

UPDATE: The Daniel's deal is for three years, $21 million, with $12 million guaranteed, per Adam Caplan and Adam Schefter of ESPN:

From @adamschefter and I: Chase Daniel agreed to a 3-year, $21m deal with $12m fully guaranteed with #Eagles.