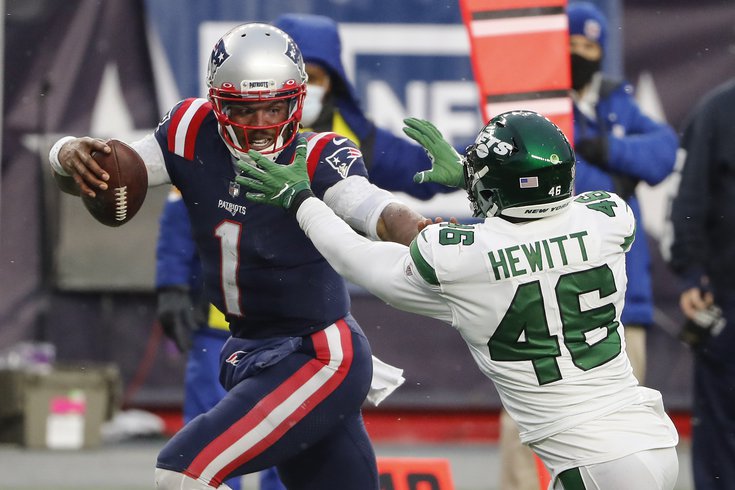 The Philadelphia Eagles have expressed interest in New York Jets linebacker Neville Hewitt, according to a report from Manish Mehta, formerly of the NY Daily News.

Bengals, Packers and 49ers are also in the mix for Hewitt, per sources.

Hewitt led the Jets with 134 tackles in 16 starts last season.

As Mehta notes, Hewitt racked up 134 tackles in 2020, which was good for ninth in the NFL. He also missed a lot of tackles, as pro-football-reference.com had him down for 16 missed tackles, or a missed tackle percentage of 10.7 percent, which is obviously not ideal for a linebacker.

There is speculation than Jonathan Gannon's defensive scheme could look a bit like Mike Zimmer's scheme, which would mean blitzing opportunities for the linebackers. Over the last two seasons, Hewitt has been sent on blitzes 134 times. He had five sacks, 14 pressures, and seven knockdowns during that span, again, according to pro-football-reference.com. Here he is with a sack-fumble (and a big hit at that) on Ryan Fitzpatrick last season:

On the downside, Hewitt is thought of a liability in coverage. His year-by-year coverage ratings, for what they're worth, via Pro Football Focus:

The Eagles' need for added linebacker help isn't quite as dire as their need for outside corners, but they could certainly use more bodies. Despite his lofty tackle totals, Hewitt should be viewed as a low-cost role player.