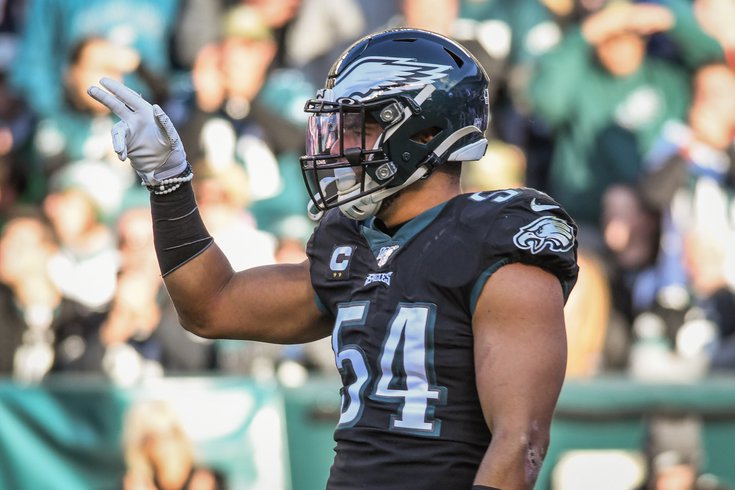 Kamu Grugier-Hill during the Philadelphia Eagles game against the Chicago Bears at Lincoln Financial Field in Philadelphia on November 3, 2019.

Linebacker Kamu Grugier-Hill is moving on from the Philadelphia Eagles, as he has agreed to terms with the Miami Dolphins, according to a report from Mike Garafolo of NFL Network:

Grugier-Hill was a four-year contributor for the Eagles. He climbed the depth chart from fringe roster guy, to special teams standout, to No. 3 LB, to projected three-down linebacker in the Eagles defense in 2019.

Unfortunately, a 2019 training camp knee injury derailed his momentum, and a frustrating season ensued, as Grugier-Hill's snaps gradually rose, and then proceeded to fall:

The Eagles announced after Week 15 that they placed Grugier-Hill on injured reserve, and, uh oh, that announcement came with a "CYA" tweet, which stated that Grugier-Hill reported a back injury after that game. Shortly thereafter, Grugier-Hill's agent put a message out to several reporters that he had been playing through the back injury all season long.

Grugier-Hill is still young (he'll turn 26 in May), and he has excellent athleticism. We'll see if this loss eventually looks bad for the Eagles.