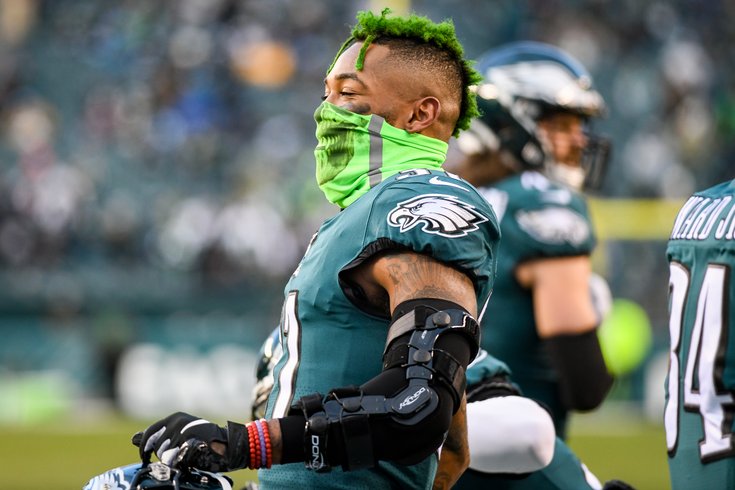 Jalen Mills during the Philadelphia Eagles wild card game against the Seattle Seahawks at Lincoln Financial Field in Philadelphia on January 5, 2020.

Jalen Mills is returning to the Philadelphia Eagles on a one-year deal, and is expected to move to safety, according to Josina Anderson of ESPN.

I'm told Jalen Mills intends to sign a one-year deal to return to the #Eagles and is moving to safety, per source.

Well that's a spicy nugget. Mills' move to safety has made sense for years, as he simply doesn't have the speed to keep up with the NFL's faster receivers, while also possessing some positive safety traits, such as his solid tackling. And, of course, obligatory here, but Jim Schwartz prefers that his safeties have corner experience, and Mills would obviously fit that bill.

Mills played both cornerback safety in college at LSU, and he'll now do the same in the pros, though he had previously resisted such a switch. To be determined what that means for the futures of Malcolm Jenkins and Rodney McLeod with the Eagles. Mills' move to safety almost certainly ends at least one of their tenures in Philly.

UPDATE: It's an inexpensive deal:

Comp update: Jalen Mills is signing a 1-year deal with the Eagles worth up to $5 million, per @RosenhausSports. https://t.co/5PTQVxPBK0