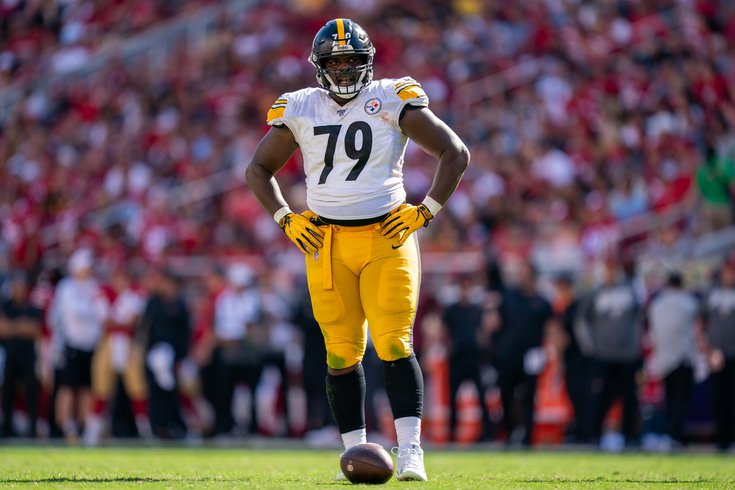 The Philadelphia Eagles are poised to sign defensive tackle Javon Hargrave, according to a report from Adam Schefter of ESPN. Hargrave will reportedly make $13 million per year.

While not a move that many were predicting, it does make sense. The Eagles had a need to get younger and more durable at defensive tackle, and Hargrave is an ascending player entering his fifth year in the NFL at 27 years of age. (He turned 27 in February).

Hargrave was a third-round pick of the Steelers in 2016, and sort of an oddball fit in their 3-4 scheme. His career numbers:

In Jim Schwartz's scheme, Hargrave will have more opportunities to be a disruptive upfield player both against the run and the pass. Here's a game in which he killed the Jaguars.

Hargrave will join Fletcher Cox, Malik Jackson, and Hassan Ridgeway in the Eagles' DT rotation, which now appears to be an outstanding group, you know, provided they can stay healthy.