Report: OT Halapoulivaati Vaitai to sign with the Lions 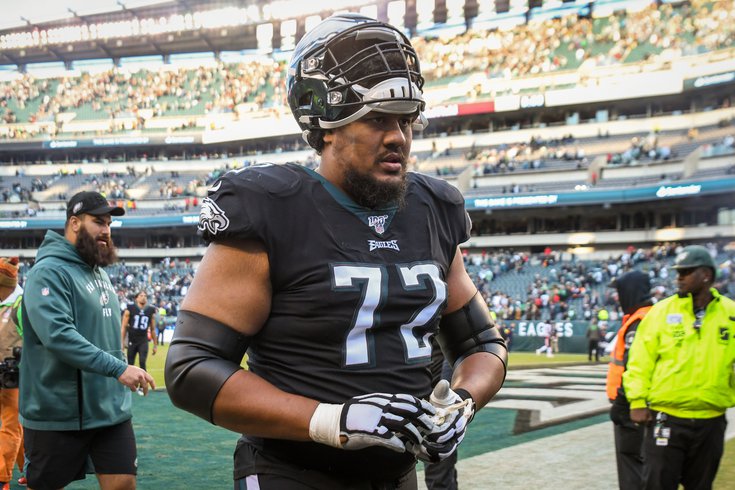 Halapoulivaati Vaitai during the Philadelphia Eagles game against the Chicago Bears at Lincoln Financial Field in Philadelphia on November 3, 2019.

According to a report from Adam Caplan of SiriusXM, the Detroit Lions came to terms with former Philadelphia Eagles swing tackle Halapoulivaati Vaitai. And Big V got paid.

Vaitai was a fifth-round pick of the Birds in 2016. In his four years in Philly, he ended up being a key player for the Eagles, with his high point coming against Everson Griffen in the NFC Championship Game, followed by a starting role in the Super Bowl at left tackle.

Whenever the Eagles needed Big V to fill in either for Jason Peters or Lane Johnson, obviously there was a dropoff in talent, but Vaitai mostly performed as ably as to be expected both at LT and RT, particularly when he knew he would be heading into a game as the starter. He even played a little RG in 2019.

Clearly the Lions view Vaitai as a full-time starter, given his $10 million per season price tag. The Eagles will need to figure out who their backup tackles will be in 2020 and beyond this offseason, especially if Peters moves on in free agency as well. If the Eagles don't find a swing tackle in the 2020 NFL Draft, the two candidates for that spot would be Jordan Mailata and Matt Pryor.