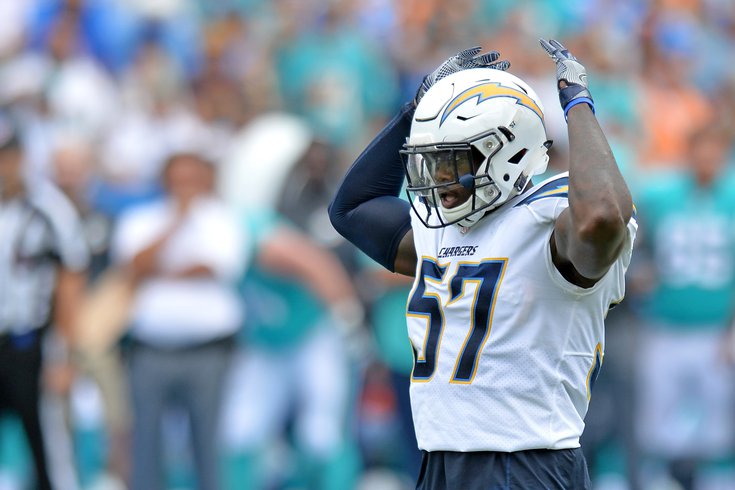 The Philadelphia Eagles have agreed to terms with 26-year-old linebacker Jatavis Brown, according to his agent, Drew Rosenhaus.

Free-agent linebacker Jatavis Brown is signing with the Eagles on a one-year deal, per @RosenhausSports.

Brown was drafted by the Chargers in the fifth round of the 2016 NFL Draft, and has been a contributor for them for four years. His career numbers:

As you can see, he had a reduced role last season. Over his career, Brown has made a lot of tackles, but has been light on splash plays. At 5’11, 221, Brown is an undersized linebacker, but he has intriguing speed, and can hit.

Every year in free agency since the current coaching and front office regime took over in 2016, the Eagles have added depth at linebacker / special teams.

Brown is this year’s version, and it appears as though he has some decent upside.