A peek ahead to the Eagles' 2021 free agents 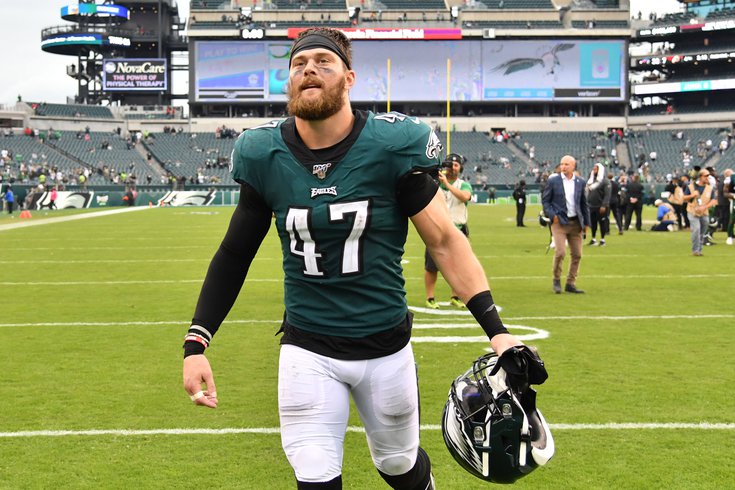 The Philadelphia Eagles' 2020 free agency has hit a bit of a lull, and yet, it seems far from over, so we'll delay our 60,000-foot view analysis until we see the rest of what they are able to accomplish. In the meantime, let's take a look at the Eagles scheduled to hit free agency in 2021.

As you'll see, their best players are locked up for a while.

• DE Derek Barnett: The Eagles will very likely exercise Barnett's fifth-year option, which will allow them to make a decision on his status with the team in 2021 (deeper explanation in the link above). Currently, fifth-year options are only guaranteed for injury, and thus are very team-friendly. In the new CBA, fifth-year options will become fully guaranteed at the time they are exercised, but that won't go into effect until next offseason, with all players who were originally selected in the 2018 NFL Draft. Had the immediate guarantees applied to Barnett, there'd be more of a debate over whether the Eagles should exercise their fifth-year option or not.

• LB Nate Gerry (UFA): Gerry played all 16 games in 2019, starting 12, and began coming into his own as an NFL linebacker. The Eagles hope he'll make another jump in 2020. He's something of an interesting early extension candidate if the Eagles can lock him up on a team-friendly contract, with the tradeoff for Gerry being financial security.

• CB/S Jalen Mills (UFA): Mills signed a modest one-year deal to return to the Eagles in 2020, and he'll be transitioning to safety. We'll see how that goes.

Instead, he will be a restricted free agent, barring some kind of arbitration process, which feels unlikely, given Jones' disappointing career so far. The second-round tender, which is the minimum tender Jones could receive since he was a second-round pick, was $3,259,000 in 2020. That will rise some in 2021. Barring some sort of breakout season in 2020, Jones should be thrilled to receive that tender, and would be unlikely to contest it. The Eagles, meanwhile, would be unlikely to tender him at that amount if his career remains on the same trajectory.

• CB Rasul Douglas (UFA): Douglas is an outside corner only, and one who lacks the speed to keep up with the NFL's faster receivers. His skills are better suited in a different scheme. We'll see if the Eagles try to trade Douglas (or Jones for that matter) this offseason.

• CB Crevon LeBlanc (UFA): As the roster currently stands, LeBlanc is in a decent position to begin the season as the team's slot corner, should Avonte Maddox start on the outside.

• QB Nate Sudfeld (UFA): I feel like "Should the Eagles re-sign Nate Sudfeld" is going to be a yearly boring debate.

• LB Duke Riley (UFA): The Eagles clearly like Riley, as they made him their special teams captain after Kamu Grugier-Hill went on IR.

• P Cameron Johnston (RFA): The Eagles tendered Johnston as an ERFA this offseason. More on that below.

• DE Daeshon Hall (UFA): Hall had a tough break Week 17, when he tore his ACL on literally the last (meaningless) play of the regular season last year.

These guys are "exclusive rights free agents," who will have two or fewer accrued seasons to their credit. We'll skip the minutia here, and give the short explanation that they can be tendered by their current teams at very little money. Cameron Johnston, for example, was an ERFA this offseason, and the Eagles tendered him at $750,000.