It looks like Eli Manning, not Daniel Jones, will start Monday night for Giants vs. Eagles 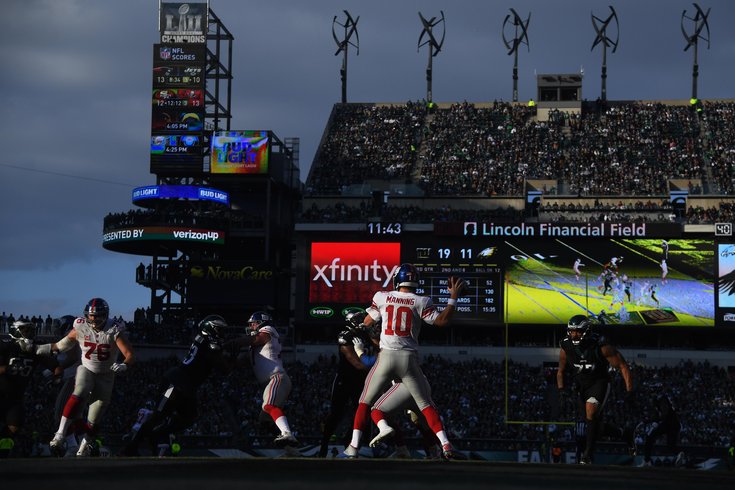 It appears that Eli Manning, and not rookie Daniel Jones, will start for the New York Giants against the Philadelphia Eagles on Monday Night Football, Giants head coach Pat Shurmur told reporters on Wednesday.

#Giants coach Pat Shurmur tells reporters that QB Daniel Jones is in a walking boot with a mild high-ankle sprain… and Eli Manning will “very likely” start on Monday. So, Manning gets a potential farewell tour, after all.

It's also worth noting that there are now two tiebreakers that will happen one way or the other Monday night, assuming the game doesn't end in a tie:

Manning was benched prior to Week 3 earlier his season. If he does indeed start, this will be his first appearance in a game September 15.