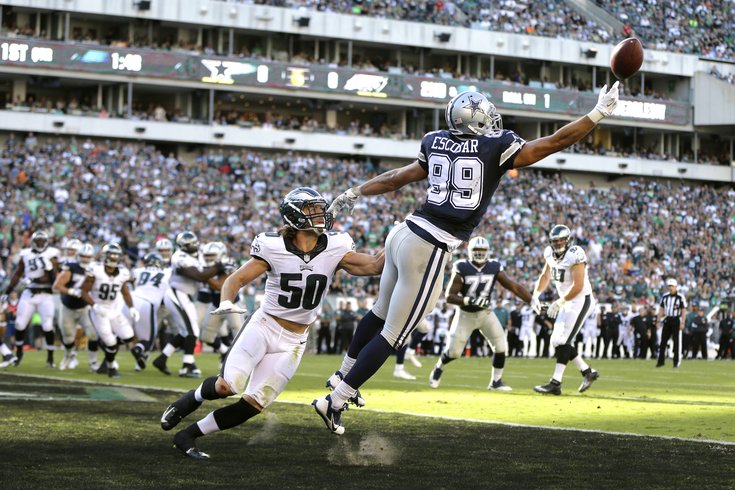 Kiko Alonso has a partially torn ACL, per reports.

According to Les Bowen of the Philadelphia Daily News, Kiko Alonso has a partial ACL tear, which will not end his season, but will require him to miss some time. Per Bowen:

Kiko Alonso has a Grade II sprain - a partial tear - of his repaired left ACL, a source close to the situation said last night, which should sideline him at least a few weeks, but not for the season.

Bowen is also reporting that Mychal Kendricks has a mild hamstring strain, and that DE Cedric Thornton has a broken bone in his hand that will require him to miss time as well. The Eagles have not yet confirmed any of the reported injuries.

The dynamic so far at ILB for the Eagles so far has been that Kendricks doesn't come off the field, while Alonso and Ryans share time. Alonso has demonstrated good ability in coverage, highlighted by his circus catch interception of Matt Ryan Week 1.

With Alonso and Kendricks out last week during the game against the Cowboys, rookie third round pick Jordan Hicks filled in and played very well. Hicks had seven tackles, and he knocked Tony Romo out of action for an estimated eight weeks on a sack/fumble.

To help offset the loss of Alonso, the Eagles announced this morning that they signed ILB Najee Goode, whom they released at the end of training camp. To make room for Goode, they cut OL Julian Vandervelde.