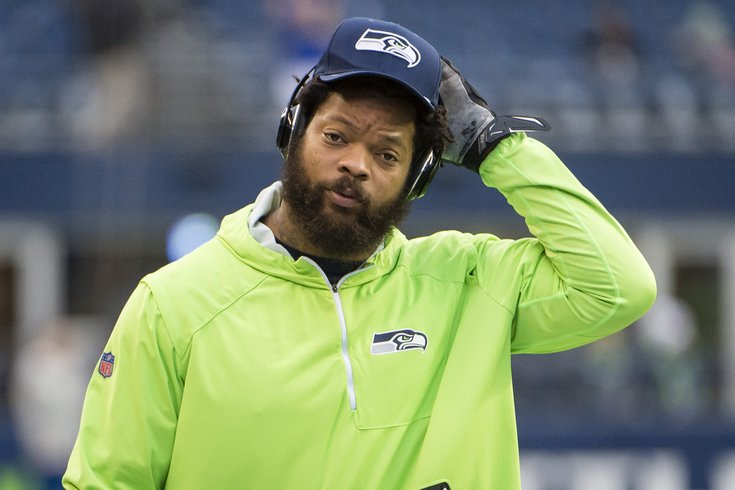 Well, this isn't the best way for Michael Bennett's Eagles career to begin.

According to KHOU11 in Houston, the team's new defensive end has been indicted for a felony charge of injuring a 66-year-old paraplegic security guard at NRG Stadium following Super Bowl LI.

Bennett, who played high school football in Houston before attending Texas A&M, was at the game to cheer on his brother, Martellus, then a member of the Patriots. According to the report, Bennett tried to make his way onto the field following the game, and when he was told no, he began shoving his way past the guards.

NRG Security personnel, including the 66-year-old disabled victim, told Bennett he had to use a different entrance for field access.

Instead, he pushed through them, including the elderly woman who was part of the security team.

The charge, injury to the elderly, includes intentionally and knowingly, causing bodily injury to a person 65 years or older. It carries a penalty of up to ten years in prison and a $10,000 fine.  [KHOU.com]

A warrant has been issued for Bennett's arrest, but prosecutors are reportedly working with Bennett and his lawyers to arrange a surrender.

According to Derrick Gunn of NBC Sports Philadelphia, neither the Eagles nor Seahawks were aware of the potential indictment prior to the trade that brought Bennett to Philly.

According to a league source the Seahawks and the Eagles were not aware of this MIchael Bennett incident.

The Eagles released the following statement on Friday afternoon:

"We are aware of the situation involving Michael Bennett and are in the process of gathering more information. Because this is an ongoing legal matter, we will have no further comment at this time."

The Houston Police Department is expected to hold a press conference at 3:45 p.m. ET to provide more information about the situation.

You can watch a replay of the Houston Police Department's press conference here: