Report: Nate Sudfeld not expected to miss much time 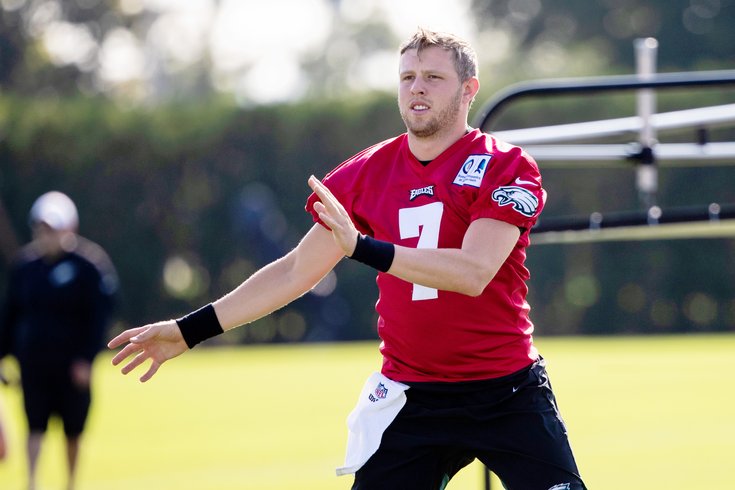 Nate Sudfeld and his wrist, in happier times.

Welp, we can stop worrying about whether or not the Philadelphia Eagles should sign Sam Bradford, Colin Kaepernick, Josh McCown, or lure Doug Pederson back onto the field to play quarterback. 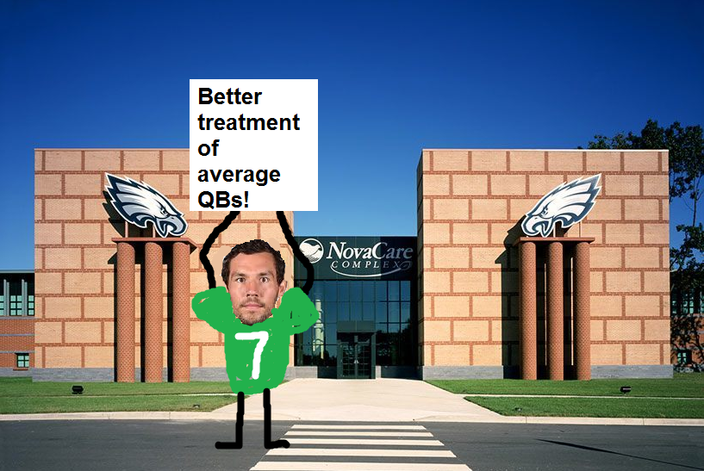 According to Adam Schefter of ESPN, No. 2 QB Nate Sudfeld is expected to return from his broken wrist in just six weeks.

After undergoing surgery this morning for a broken bone above his left wrist, Eagles’ backup QB Nate Sudfeld is expected to return in six weeks, per source. Best-case scenario for Philly.

If I may quibble for a moment, the "best-case scenario" for Philly would be if Sudfeld genetically mutated into a 8-foot-11, 500-pound beast who could run a 4.1 40 and throw the ball 100 yards with pin-point accuracy, but given the circumstances, a return in six weeks is a palatable outcome.

Six weeks from Friday would be September 20th, so if that timetable is correct, Sudfeld will only miss two games. The Eagles' first two opponents are Washington, at home, and the Falcons, in Atlanta.

Of course, the Eagles would only need Sudfeld in the first place, if, you know, Carson Wentz also got hurt.