Real Estate Department of Justice
by 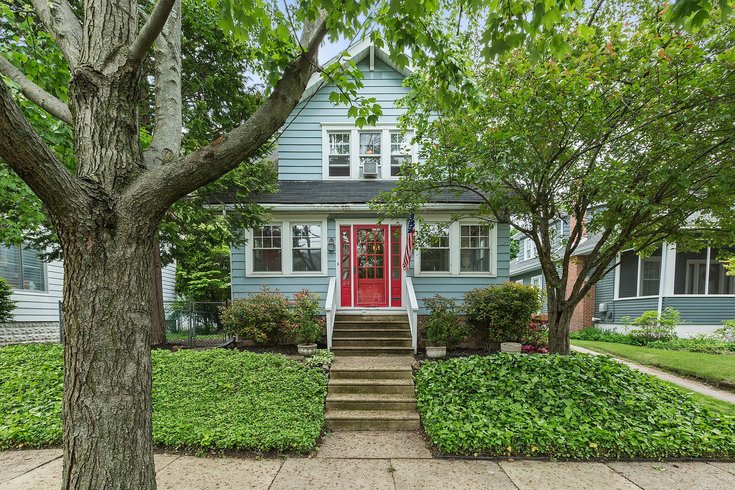 It’s the real estate agent’s favorite line in the book.

“You get what you pay for.”

This phrase is used to justify the high commission rates traditional agents charge. The implication is that if you want full service with all the bells and whistles, you have to pay for it. Sure, the premium treatment doesn’t come for free. But that doesn’t mean the pre-internet commission structure isn’t a ripoff now.

It turns out, most consumers can’t answer that.

A recent study by the Consumer Federation of America found that traditional real estate agents and brokers keep real estate commissions “hidden and poorly understood by consumers”. This results in a lack of price competition and hurts the American consumer’s ability to make informed financial decisions regarding their largest investment.

“For most major consumer services, consumers can easily access information about prices.” said Stephen Brobeck, the CFA senior fellow who led the research study. “This is not the case with real estate commissions.”

During their research, the CFA found that the vast majority of brokerages do not share commission rates in their advertising, on their websites, during phone inquiries, or even at the request of potential sellers.

This hasn’t happened by mistake. Brobeck insists the information would be accessible, or at least discoverable, “if real estate firms wanted consumers to know what commissions are charged.”

After all, the cost being hidden from consumers isn’t just a few hundred bucks – it’s massive. As stated in the report, real estate commissions “represent one of the most expensive products purchased by many consumers.”

When sellers raise concerns over these steep commissions, traditional agents often argue that “commissions are negotiable”. In reality, this rarely happens. According to the study, “73% of listing agents refused to negotiate down their own portion of the commission.”

Given all the mixed messages, it makes sense that the researchers found that only 44% of those who recently bought or sold a home know that a typical commission is 5-6%.

Until consumers understand how much they’re paying, what they’re getting for it, and what options are available, they won’t be able to make smart financial decisions.

The typical commission of 5-6% has been roughly the same for the last two decades, even though the internet has made it faster, easier, and cheaper to sell homes.

There is no question that the internet has changed the way homes are bought and sold.

Prior to the internet, buyers relied on for sale signs, newspaper ads, magazines, and real estate agents to get access to Multiple Listing Services (MLSs) and find what homes were for sale. Today, consumers can pick up their smartphone and begin browsing listed homes on Zillow in a matter of seconds. In 2018, 96% of people who bought a home used the internet in their home search.

This immediate access to listings has created an efficient marketplace where your listing agent’s ability to read the market and correctly price a home is vastly more important than their network or whatever secret marketing weapon they claim to hold. Homes that aren’t selling likely need price adjustments, not fancy brochures.

While innovation has improved efficiency for agents and eased the time burden and hard costs of selling a home, sellers aren’t seeing those savings.

The U.S. Department of Justice reported on the industry’s competitive landscape saying, “Traditional middlemen—such as travel agents and stockbrokers—face more intense competition that has propelled them to change, bringing consumers significant benefits. The real estate brokerage industry has been slower to change, with the result that consumers are paying higher commissions and fees than they would under a more competitive system."

With over 2 million real estate agents in the US, there are plenty of competitors in the space – so why don’t agents reduce commissions? According to the DOJ report, traditional brokers have done everything in their power to insulate the industry from competition.

In the past, the DOJ has had to step in repeatedly as traditional brokers, industry associations, and state commissions have used their influence to create a system that shields them from competition by restricting newcomers.

They concluded that consumers would “benefit significantly from additional knowledge about the range of options available in brokerage services and fees.”

The lack of transparency regarding commissions helps explain how brokerages have been able to limit competition and maintain the high rates they’ve charged for decades.

Change is coming – and in some areas, it already has..

Among those attempting to bring change and transparency to the industry is Houwzer. The modern real estate brokerage has earned the trust of thousands of home sellers with its salaried agents and flat fee listing model.

Mike Maher, Houwzer’s CEO and Co-Founder, started the company after getting fed up with paying high agent commissions when he and his wife started flipping homes. He realized how broken the industry was and decided to build a better option for savvy home sellers and buyers.

Unlike other brokerages, Houwzer is upfront with their pricing. Rather than charging 6%, they offer home sellers full service listing agents in exchange for a flat $5,000 fee plus 2.5% to the buyer’s broker, all paid at closing. No surprises or hidden fees.

The company recognizes that saving sellers an average of $15,000 may initially seem ‘too good to be true’. Maher attributes this to the miseducation and opaque pricing that are rampant in the industry.

“Home sellers are told they’re paying a hefty commission for the full service experience, but they’re really paying for the inefficiencies of traditional brokerages. We strongly believe sellers need a knowledgeable, full service listing agent, but it shouldn’t cost 6%,” Maher said. “It doesn’t take more money to market a $600,000 home than it takes to market a $300,000 home, so why are consumers being asked to pay double? Because the system is flawed and brokerages can still get away with it.”

While their approach saves people a ton of money, the value Houwzer offers their clients goes beyond that.

“What we’re really solving is the lack of transparency and trust in this business,” Maher said. “Selling a home is a major financial transaction, yet most people are walking in blind. They have no idea what their costs are, what their money is going towards, or what kind of service they’re going to get. That only makes things harder because this process isn’t just expensive, it’s also complex, infrequent, and emotional.”

Houwzer’s solution: employing highly trained, salaried agents to pass massive savings on to home sellers without sacrificing quality of service. Their agents specialize in one side of the transaction–either buying or selling–and each agent has a full team behind them supporting the transaction.

Home sellers in the Philadelphia and DC regions have saved over $13.5 million in listing commissions by using Houwzer and heap praise on the company’s customer-service. With over 850 reviews, Houwzer has an average rating of 4.9 out of 5 stars.

“Sellers no longer need to pay high commissions to get full service,” Maher said. “There are predictable, hard costs associated with a home sale – even more so now that the internet has streamlined everything. We provide everything you would expect from a full service agent. The difference is that we charge a fair price.”