By PhillyVoice staff and wire report

Actress Carrie Fisher, best known for her role as Princess Leia in the "Star Wars" films, has died.

Fisher, 60, who also recently released a memoir titled "The Princess Diarist," was hospitalized Friday after suffering a medical emergency on a flight, according to her family.

Fisher's daughter, Billie Lourd, released a statement through her spokesman saying Fisher died Tuesday just before 9 a.m PST. Lourd said her mother was "loved by the word and she will be missed profoundly."

The actress made her feature film debut opposite Warren Beatty in the 1975 hit "Shampoo." Fisher also appeared in "Austin Powers," ''The Blues Brothers," ''Charlie's Angels," ''Hannah and Her Sisters," ''Scream 3" and "When Harry Met Sally ..."

But she is best remembered as Princess Leia in the original "Star Wars" in 1977 with her now-iconic braided buns, who uttered the immortal phrase, "Help me Obi-Wan Kenobi, you're my only hope." Fisher played a part in which she was tough, feisty and powerful, even if at one point she was chained to Jabba the Hutt. (She reprised the role in Episode VII of the series, "Star Wars: The Force Awakens" in 2015, and her digitally rendered image appears in "Rogue One: A Star Wars Story.")

She also was an accomplished author who detailed her experiences with addiction and mental illness in several best-selling books. Besides her daughter, Fisher is survived by her brother, Todd Fisher, and her mother, actress Debbie Reynolds.

Fisher was the daughter of singer Eddie Fisher – a South Philly native who attended South Philadelphia High School before dropping out to pursue his music career  – and singer and actress Debbie Reynolds. 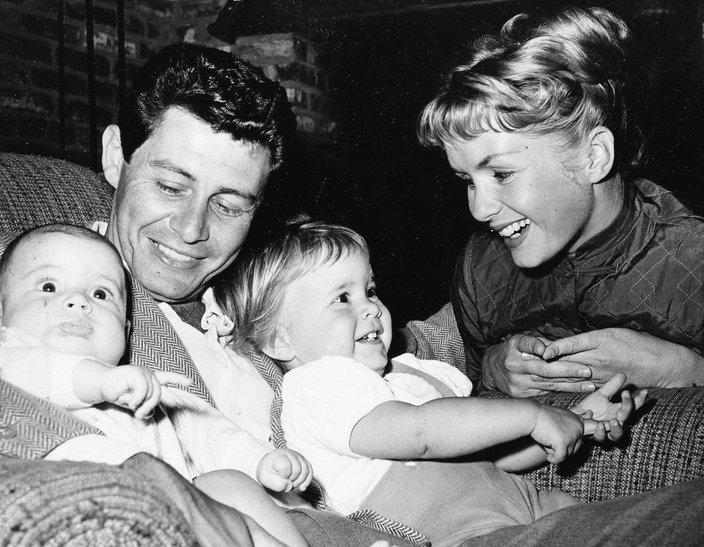 Fisher long battled drug addiction and mental illness. She said she smoked pot at age 13, used LSD by 21 and was first diagnosed as bipolar at age 24. She was treated with electroconvulsive therapy and medication.

In 1987, her thinly veiled autobiography "Postcards From the Edge" became a best seller. It became a 1990 film starring Shirley MacLaine and Meryl Streep.

More books followed: "Delusions of Grandma," ''Surrender the Pink," ''The Best Awful," ''Shockaholic" and this year's autobiography, "The Princess Diarist," in which she revealed that she and co-star Harrison Ford had an affair on the set of "Star Wars."

Ever ready to satirize herself, she has even played Carrie Fisher a few times, as in David Cronenberg's dark Hollywood sendup "Maps to the Stars" and in an episode of "Sex and the City." In the past 15 years, Fisher also had a somewhat prolific career as a television guest star, recently in the Amazon show "Catastrophe" as the mother of Rob Delaney's lead, and perhaps most memorably as a has-been comedy legend on "30 Rock."

Her one-woman show, "Wishful Drinking," which she's performed on and off across the country since 2006, was turned into a book, made its way to Broadway in 2009 and was captured for HBO in 2010.

Little was off-limits in the show. She discussed the scandal that engulfed her superstar parents, Debbie Reynolds and Eddie Fisher (he ran off with Elizabeth Taylor); her brief marriage to singer Paul Simon; the time the father of her daughter left her for a man; and the day she woke up next to the dead body of a platonic friend who had overdosed in her bed.

"She was funnier&smarter than anyone had the right to be," Whoopi Goldberg wrote on Twitter Tuesday. "Sail On Silver Girl. Condolences Debbie & Billie."

"Hail Hail! A genius has vacated this realm-RIP Carrie Fisher," Roseanne Barr posted on the site.

Besides her daughter, Fisher is survived by her brother, Todd Fisher, and her mother. 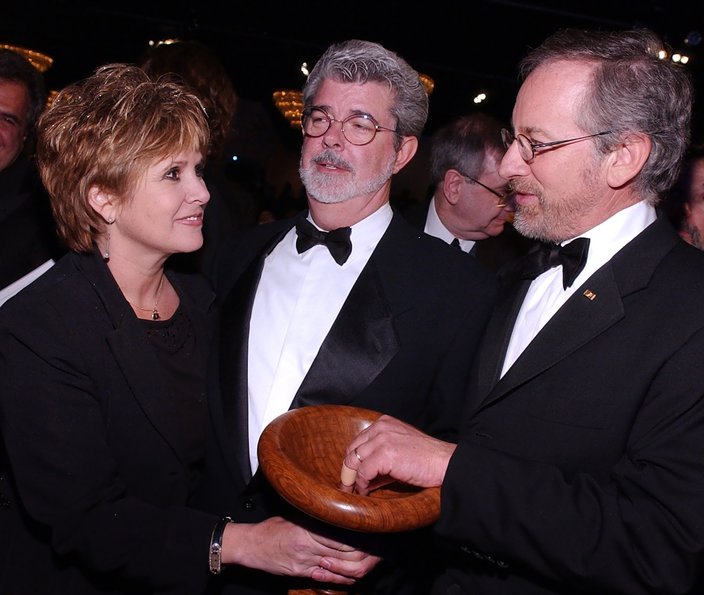 In a 2009 interview with The Associated Press, Fisher wasn't coy about revealing details about her unusual life, whether it was about drug addiction, mental illness or her failed relationships. She hoped to destigmatize mental health problems.

"People relate to aspects of my stories and that's nice for me because then I'm not all alone with it," she said. "Also, I do believe you're only as sick as your secrets. If that's true, I'm just really healthy."