All the foodie news you need to know this week 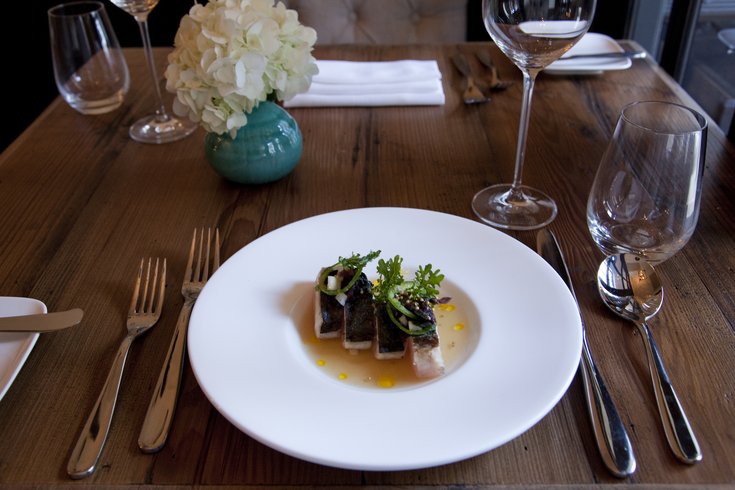 It can be hard to keep up with Philly's restaurant scene these days. Sometimes it feels like each week brings a new eatery and the requisite previews, menu releases and opening day parties. To catch you up on this week's news, we've rounded up some updates on highly anticipated openings, unfortunate closings and strange happenings below.

It's a sad day for Washington Square West as the 2-year-old American restaurant opened by Jonathan and Justin Petruce served its last dish on Valentine's Day. It's been up for sale for a while now, but until it's sold Jonathan Petruce will use the space for pop-up events.

The Palm is closing, too

But don't fret: the legendary Bellevue steakhouse is only closing temporarily. After Feb. 29, it will shut down for a major makeover because, as beloved as its portrait-filled walls are, they could use a bit of a sprucing. The new-and-improved Palm is set to reopen in late 2016 or early 2017 with a big bar addition, too.

Foobooz chatted up chef Nick Elmi at their Philly Cooks event this week and he spilled details on his latest endeavor: a bar opening up next door to his East Passyunk eatery Laurel. Apparently he's about two months from opening a bar that will seat about 30 and serve small plates that are "French but American." Whatever that means.

Although Philly needs another cheesesteak shop like it needs another Bart Blatstein superblock, Cleavers is opening in Rittenhouse, right in the former Good Stuff Eatery on South 18th Street. According to Philly.com, they're looking at a March 1 opening date. In addition to the cheesesteaks, they'll serve fries, beer and alcoholic milkshakes.

Health-centric cafe P.S. & Co. is starting a new themed dinner in their Rittenhouse space, Eater Philly reports. Each weeknight from 4 until 8, starting March 1, they'll serve their wholesome take on an array of foods. Monday is Family Night; Tuesdays will alternate between Tequila & Taco Night and Tastings Night with beer, wine and apps; Wednesdays are for Ramen & Rum; Thursdays are Burgers and Game Night and Fridays are for pizza.

Bonus: In case you missed it, Reading Terminal is getting a new merchant called "Condiment" this summer. Click here to read more.