John Henry's Pub posted a photo of the receipt to Facebook 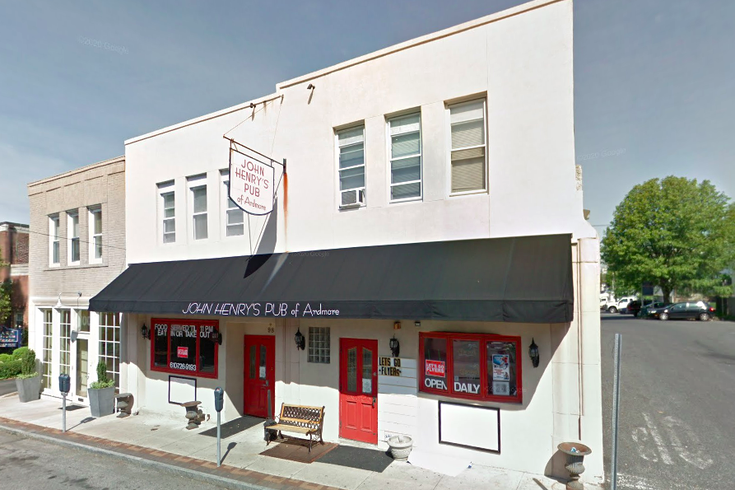 A customer at John Henry's Pub in Ardmore stiffed his server on her tip because he was unhappy he had been asked to wear a mask, as is part of Pennsylvania's health protocol for indoor dining during the COVID-19 pandemic. The owner of the restaurant posted a photo of the man's bill, showing he had written 'mask' on the tipline.

A Main Line restaurant is getting reactions from social media users after going public with what a customer, who apparently did not like being reminded to wear a mask, wrote on the gratuity line of his bill after his meal.

It happened at John Henry's Pub, just off Lancaster Avenue in Ardmore. The male customer simply wrote the word "mask" as the tip on his receipt instead of adding money to his bill. In a Facebook post, the restaurant's owner said the move was in retaliation for him being reminded to wear a mask.

The dinner had eaten inside at John Henry's and refused to wear a mask while he walked through the restaurant, which is required under Pennsylvania's COVID-19 reopening policies.

Pennsylvania restaurants are allowed to have limited-capacity indoor seating, but among the safety protocol in place, patrons must wear face coverings when not seated at their tables.

John Henry's owner Kathy Kearney was upset by the customer and posted a picture of the bill on Facebook earlier this week, she told NBC Thursday. The post has more than 700 comments.

"When your staff politely asks a customer to wear a mask until seated, this is how they are disrespected," Kearny wrote. "Totally unacceptable. 'YOU' should be ashamed of yourself!!"

When your staff politely asks a customer to wear a mask until seated, this is how they are disrespected. Totally unacceptable. “YOU” should be ashamed of yourself!!

Posted by John Henry's Pub of Ardmore on Sunday, October 4, 2020

There are several signs hung in the restaurant reminding customers to wear masks while not seated with their party, the server said.

The waitress, Jamie Ledwith, said she's now received both emotional and monetary support from people who saw the Facebook post. She told NBC10 that someone even slipped a card underneath the door to John Henry's Pub with money inside.

Despite the encouragement, Ledwith would rather that customers abide by COVID-19 policies so that she doesn't have to remind them herself.

In an EaterPhilly poll from May, around 65% of local diners said they were tipping servers more money than usual during the COVID-19 pandemic, due to the added challenges of being a waiter and waitress. The publication is now running a new poll to source additional information about tipping during the pandemic.