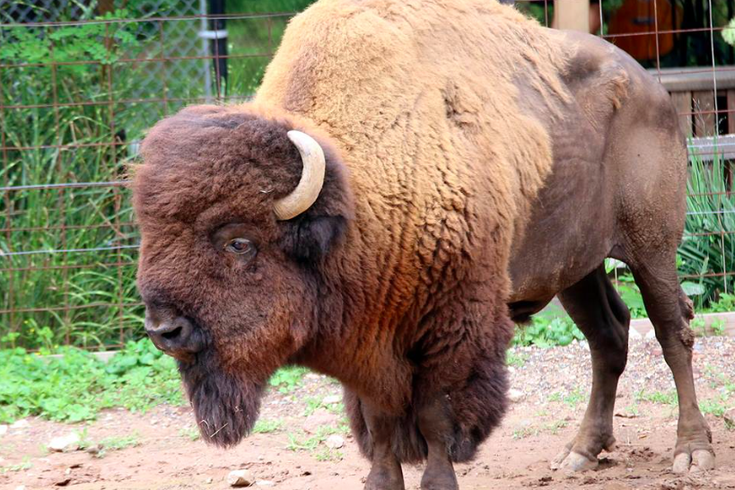 Tatonka, affectionately known as Tonk, was put down due to discomfort at the end of a two-year battle with osteoarthritis. He had been receiving non-steroidal, anti-inflammatory medications, the Norristown-based zoo said in a statement, but was advancing in age and had bulked up to 2,000 pounds.

"A recent progression caused the animal care staff to turn toward humane euthanasia in order to spare Tatonka from any ongoing pain or further discomfort," the statement continued.

Tonk was born in 1997 at the Trexler Nature Preserve in Schnecksville, Lehigh County. He arrived at the Elmwood Park Zoo the following year and was paired with a female calf named Dakota, with whom he bore two bison calves, Wendy and Francis.

For years, the family served as an educational fixture in the zoo's bison exhibit. Tonk's voracious feedings, opened up to the public in 2014, became an especially memorable sight in recent years.

“Tonk is very loved and he will be greatly missed,” said Al Zone, Elmwood Park Zoo’s Executive Director. “He is one of the animals I’ve admired the most. As much as he’s big and powerful, he’s also gentle and graceful in ways you wouldn’t expect.”

American bison once numbered 20 to 30 million across the continent before habitat loss and unfettered hunting drove them to near-extinction. Named the National Mammal of the United States in 2016, their numbers have recovered to around half a million with steady conservation efforts led by native tribes and the US Department of the Interior.