Evan Hennessey, who was featured on the Food Network's 'Chopped,' is among the participating cooks 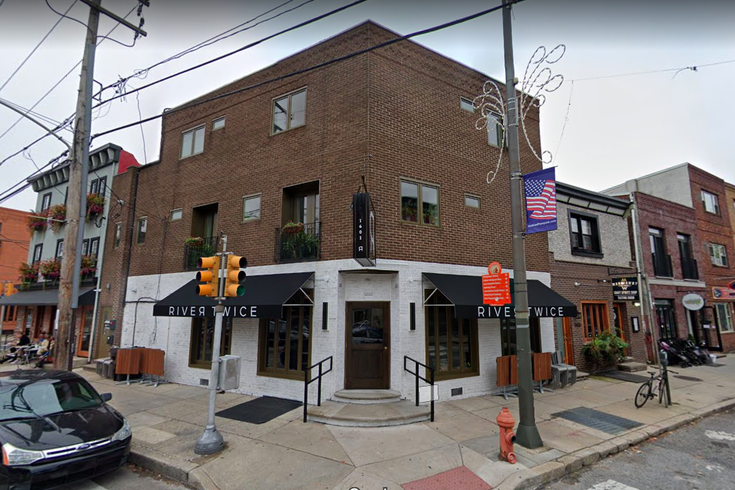 River Twice, a restaurant in South Philly, is getting ready for Christmas by holding a five-night 'Cheftivus for the Rest of Us' event featuring five guest cooks, including Brooklyn's Diego Moya and New Hampshire's Evan Hennessey. The event's name is a play on 'Festivus,' the fictional holiday gleaned from an episode of 'Seinfeld.'

River Twice is getting ready for Christmas by holding a five-night "Cheftivus for the Rest of Us" event featuring an array of guest cooks.

The event is a play on "Festivus," the fictional holiday made up by "Seinfeld" character Frank Costanza, George's dad, in an episode that aired the week before Christmas in 1997. Kramer uses the holiday to get out of his new job at a bagel shop. The concept has since been popularized as a secular alternative to Christmas.

River Twice, a modern American restaurant that opened in South Philadelphia in October 2019, will host the guests chefs from Sunday, Dec. 19, through Thursday, Dec. 23, which is "Festivus."

Chef Randy Rucker, who owns River Twice with his wife Amanda, said collaborations with other cooks are common at the restaurant. "It keeps things funky," he said.

Cheftivus will give Philly residents the opportunity to try something new and unique, he said.

"It's an honor to share the kitchen with some of the most talented chefs I've had the pleasure of knowing and working with," Rucker added

For each of the five nights, the River Twice team will help the guest chefs create a multi-course prix fixe menu for up to 50 diners. Reservations cost $150 per person, or $175 for one of the four seats at the chef's counter. They can be made through Resy.

Because the event features a prix fixe menu, dietary restrictions cannot be accommodated.

The Ruckers have rented an Airbnb for their guest chefs down the street from the restaurant. They're expected to try each other's offerings.

On Sunday, Cheftivus will feature food from Brooklyn's Diego Moya, a chef with a New York City restaurant company called the Oberon Group. His recipes for fluke, a fish commonly caught on the East Coast, were recently highlighted by Grub Street.

New Hampshire's Evan Hennessey, of the restaurant Stages, will cook Monday. He was featured on an episode of the Food Network's hit show "Chopped" last year.

Then three regional chefs will finish off the series.

Chef Alex Yoon, of Queen Village's Little Fish, will be in the kitchen Tuesday. He's known for bringing an Asian flair to classically-cooked seafood dishes.

Wednesday's dinner will be provided by Alex Talbot, the chef from Doylestown's Ideas in Food and Curiosity in Doughnuts. He also will have a pop-up outside of the restaurant at 10 a.m. Wednesday. People can buy six donuts for $21.

Chef Shola Olunloyo, of Studiokitchen, will finish the event on Thursday, Dec. 23. He's an expert in experimental cuisine, cutting-edge culinary technology and food from his native Nigeria.