The deal could be the highest-ever paid of a single artist's catalog of songs. It comes a year Bob Dylan sold his discography for $300 million 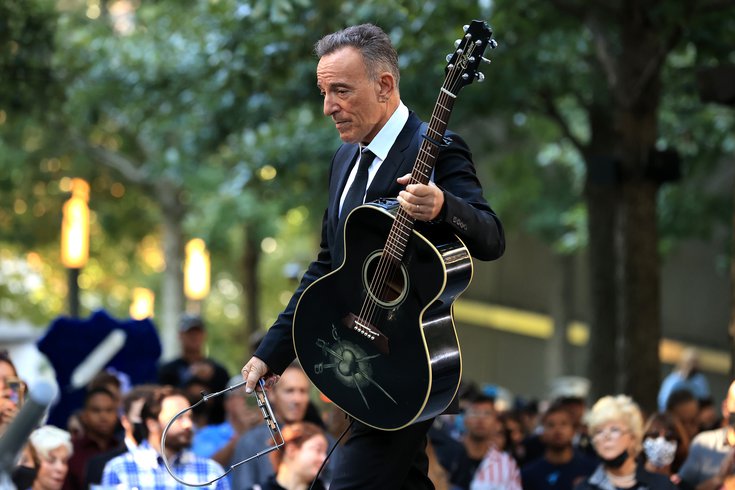 Bruce Springsteen has sold his master recordings and entire songwriting catalog to Song for $500 million, according to an early report by Billboard. Pictured above is Springsteen performing at the Annual 9/11 Commemoration Ceremony in New York City.

Legendary performer Bruce Springsteen is following in the footsteps of other big name musicians, selling his master recordings and music publishing rights to Sony in a reported $500 million deal, according to Billboard.

The sale, which includes recordings of Springsteen's entire discography, is not unheard of. Last year, Bob Dylan made a similar deal with Universal Music Group for $300 million.

Further information about the sale is seemingly being kept under wraps, as neither Sony nor Springsteen have released a public statement detailing the transaction.

The New York Times notes that the massive agreement may be the largest ever struck for a single artist's body of work.

The sale will give Sony complete ownership of the Jersey-native's collection, including hits like "Born to Run," "Dancing in the Dark, " and "Blinded by the Light."

Other than Springsteen and Dylan, Stevie Nicks, Shakira, and Neil Young – to name just a few – have sold some or all of their rights for massive deals.

Springsteen has been busy this year, even teasing a tour with the E Street Band for 2022, though no details have been released. He took "Springsteen on Broadway" back to the stage this summer, performing at the St. James Theatre from July until September.

His podcast with his close friend and former President Barack Obama, "Renegades: Born in the U.S.A" has garnered major media attention and a new book, which was published on Oct. 26.