James Harden was finally traded to Brooklyn — so where does it leave the Sixers? 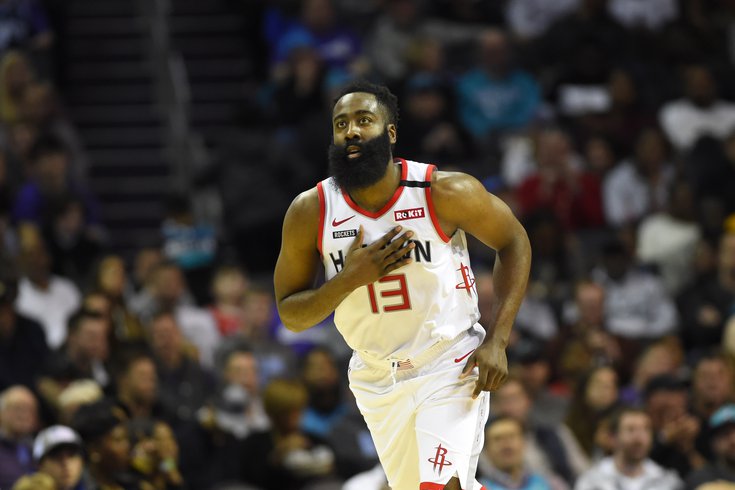 The James Harden saga is over, and the Sixers have to get up close and personal with the man they were chasing on the trade market. Harden is heading to Brooklyn in exchange for a haul of draft picks, pick swaps, and players, in a move that potentially swings the title race for the immediate future, and at the very least changes the complexion of the Eastern Conference.

Here are a few scattered thoughts on what this means for Philadelphia, because of what I think it means for the league:

When is Philadelphia supposed to have a title shot?

Perhaps this will be proven wrong over time, but the Sixers do not appear to have any reasonable shot at a title in the short-term. That is true because of Brooklyn's increased firepower, but it is also true because of the competition Philly already had to deal with and the own lacking state of their roster.

The Sixers finding ways to win in crunch time has been a nice story early in the Doc Rivers era, but it has masked lingering issues with the team that are apparent in both wins and losses. Through no fault of Rivers, the Sixers have had to lean heavily on holdover pages of the playbook, and that has left the Sixers looking like the Sixers of old at times, albeit with a sharper, better Joel Embiid manning the middle for Philadelphia.

Without anointing the Brooklyn Nets just yet — the Kyrie Irving experience has been something else so far this season — the road to the Eastern Conference title is now just that much tougher. Boston has a pair of wings in Jaylen Brown and Jayson Tatum who still appear to be ascending, and they haven't even had Kemba Walker available yet this season. Giannis Antetokounmpo has gotten off to another terrific start, even if his team's record is ever so slightly behind Philly's right now. The Nets have three players who can break down any defense in front of them. The Heat proved in the bubble that they are worth taking seriously when the playoffs roll around.

Philadelphia's problem is the lack of a No. 1 perimeter option, a guy capable of being at least the second-best player on a title team. Embiid turning into a bonafide MVP candidate is a great start, but the Sixers don't have much of a Plan B to fall back on if teams just dare the rest of the roster to beat them in the playoffs. Not unless you believe Shake Milton or Tyrese Maxey, two talented but mostly unproven guards currently in bench roles, can make astronomical leaps between now and whenever the playoffs start.

One of the cases against trading Simmons was presented as follows: how can you deal him away when you need someone to defend the Kevin Durant type players of the league? Nobody posing the question thinks too far beyond that first matchup. Now the Sixers are posed with the question of choosing whether to allow Harden or Durant to bludgeon them, with Irving waiting right there if either has an off night. Boston's aforementioned wing combo will be tough enough to deal with on their own even without Walker. If they somehow make it through the East, who do they have to stop the Kawhi Leonard/Paul George combo? In what way is their top two better than the defending champion Lakers' top two?

The Sixers simply do not present similar problems for other teams. If an opponent decides to double team Embiid every time he gets the ball in the post come playoff time, history suggests they are not going to win a title with their best player turning into a hockey assist machine for their role players.

That leaves them in a tough position. Do you try to find more firepower to be able to score in a halfcourt setting with these teams, or do you look to find some more defensive-minded players to match up with this gauntlet of teams you need to go through in the playoffs? You likely can't accomplish either without giving up something significant in the process.

And if the Sixers choose to stay put with other teams moving toward the front of the line, there is always the risk that younger threats develop in the meantime, ready to snatch the baton and run with it as this current generation of players cycles out of their primes. To date, it is worth noting they have already been far outperformed when it matters by the Celtics' young duo, injury caveats last year notwithstanding.

A Harden-like player is not available for the foreseeable future

We can debate about all the negatives and assumptions about Harden, who has been wildly unprofessional lately and flippant about basic health and safety standards during a pandemic. There is also basically no debate about how good he is and has been as a basketball player. The guy showed up for the season looking like he lived at a Houston BBQ trough for two months and immediately dropped 44 points in his season debut.

Certain types of Sixers fans have long coveted other options in this spot instead of Harden. Bradley Beal, who recently dropped 60 on Philly, has been floated as the younger, perhaps superior option to Harden as a target if the Sixers were to move Ben Simmons. Beal is certainly younger, but I don't know how to say this any other way, he is not in Harden's echelon. The gap between a yearly top-five player and a good, not great All-Star is more significant than some people realize.

If you want to give Beal bonus points for sucking it up and trying to build something instead of running from D.C., be my guest. One guy has been the engine for a consistent winner in the tougher conference, while the other has put up numbers on bad teams without catching any of the same heat Harden has because the Wizards weren't good enough to make the playoffs in the first place. Even if they were interested in Beal, the Wizards guard has not made any real move to get out of Washington in the first place.

Harden had warts, sure, but they are worse in basically every theoretical target that has been cooked up as a substitute. Zach LaVine is an electric scorer, but wait until you see him defend on a nightly basis. Buddy Hield was a desired target for many during the offseason, but who thinks he's an equivalent upgrade over one of their starters as James Harden is for Brooklyn?  It was a sneaky huge blow for Philadelphia that Houston picked up Victor Oladipo in the process of executing the Harden trade. The former Pacers guard was a decent-ish fallback plan for Philly if both teams reached the trade deadline with motivation to move on a player with an expiring contract.

Setting aside the scarcity problem, you reach a point where cost becomes a much bigger issue in any trade. Impact guards have commanded insane returns over the last few months, between the Harden megadeal and the Jrue Holiday trade Milwaukee made before the season. The Sixers would have had to give up a lot to get Harden (and to be clear, the picks haul on Brooklyn's end is a dangerous risk), but there would have been no doubt they'd be getting the best player in the deal. That's where you want to be in NBA trade talks at all times. It's harder to talk yourself into giving up the farm when you're locked in more on fit.

And this dovetails with the opening point. If the choices are between overpaying for an immediate shot worse than the one you just balked at while Embiid is near his peak, or hoping for a long-term chance that may never come, is there a good answer?

What is the fallout with players floated in trade rumors?

Excuse me for stating the obvious, but you never know how constant trade rumors are going to be received by the players involved in them. Daryl Morey came out publicly and squashed the idea of the Sixers trading Ben Simmons in December, yet despite the Rockets having a clear asking price that clashed with that, the Sixers never faded from view in the Harden trade talks. Other players, including Tyrese Maxey and Matisse Thybulle, eventually heard their names floated in public rumors right up until Harden was moved to Brooklyn.

It's easy to say things like, "They're professionals, they're paid to deal with it" and much harder to grapple with the effect that can have. Without diming anyone out, there are reporters who do not disguise their connections to certain agents (and thus, certain players) around the league when these discussions happen. In effect, if a player's name is out there at any point, it's fair to say they have been told to be ready for a potential move themselves.

On the role player side, it's usually easy to shrug off. Is a rookie guard like Maxey really going to be upset that the team dealing James Harden appeared to want him? Doubtful.

The same is not true when you have the status (and the contract) of somebody like Simmons. One look no further than the Houston Rockets for an example of what can happen if you irritate the wrong person with a trade rumor — John Wall only asked out of Washington after rumors swirled that the Wizards were looking to potentially move him for Russell Westbrook. And that's coming from a guy who missed most of two years with injuries and hadn't yet proven he could even perform at an NBA level again after suffering a devastating injury. Imagine what you can accomplish with actual leverage.

Early reports have suggested that Simmons, at least for now, is taking the whole thing in stride:

Hearing Ben Simmons was pretty ecstatic to not be traded from the Sixers to Houston for James Harden and believes his team is capable of bringing a title to Philadelphia. Doc Rivers is also a huge fan of Simmons and believes the best is yet to come with two-time NBA All-Star.

Whether that's actually the case or not — my only comment is I don't think I've seen Simmons get ecstatic about almost anything — this is not something everyone will just wake up tomorrow and forget, and he is represented by one of the most powerful agents in the NBA. If there is a point where they decide they would like to make this into a thing, all it takes is one phone call or DM to the right person to disrupt the organization and put Philadelphia on the defensive.

For now, the Sixers will hope that their public comments and their ultimate sitting out of the Harden deal were enough to send the right message. Whether they intend to ride the Embiid/Simmons combo until the wheels fall off or simply wait until the right time to deal one of them, it is and has been in their best interest to keep everybody hunky-dory. Achieving that is as hard to predict as how long it'll be until Kyrie Irving returns from his self-imposed hiatus.