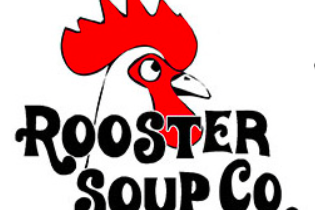 The long-incubating Rooster Soup Co., a crowdfunded joint venture by Federal Donuts and Broad Street Ministry, is finally under construction on Sansom Street in Center City.

Born out of a surplus of chicken stock and a commitment to feeding Philadelphia's homeless population, Federal Donuts, Broad Street Ministry and CookNSolo Restaurants launched a Kickstarter campaign in 2014 inviting citizens to invest in the soup concept. Pitched as a classic luncheonette-style restaurant, Rooster Soup Co. will operate like any for-profit restaurant, except that 100 percent of its net profits will go to support Broad Street Ministry's Hospitality Collaborative, which currently provides healthy meals to more than 1,200 people on a weekly basis.

The Kickstarter campaign was wildly successful, pulling in $179,380 from 1,587 backers who joined together to make the forward-thinking business a reality. Former Philadelphia Mayor Michael Nutter gave his support to the project and pointed out that it will extend another 25,000 free meals to the city's homeless population in its first year.

Last September, the team behind Rooster Soup Co. signed a lease at 1526 Sansom St., just a block away from one of Federal Donuts' five Philadelphia locations. According to the Philadelphia Business Journal, construction is officially underway at the 1,400-square-foot property, formerly the home of Sansom Street Kebob House. Designed by Boxwood Architects, the restaurant will contain  50 seats, including an 18-seat counter to go along with a wallet-friendly bar, booths and tables.

Soup enthusiasts will find plenty to their liking when the restaurant is completed. The rotating menu will feature staples like cream of broccoli, matzo ball and pozole alongside more adventurous menu entries, like Hungarian goulash, Portuguese fisherman soup and Borscht. Vegetarian options (celery root, Hawaij) will also join other non-chicken stock-based soups like Yemenite Style Curry with Coconut Milk.

Since soup isn't always enough to hit the spot, there will also be a selection of salads and sandwiches.

"Our success won't be measured just in financial terms, but also for how it advances a dialogue about how we take care of our most vulnerable citizens," said Federal Donuts partner Steven Cook. "Our location, just a few blocks from City Hall, Rittenhouse Square and the central business district, puts us right in the middle of that conversation."

A projected opening date hasn't yet been revealed, but if you would like to support the restaurant as it continues to take shape, donations will still be accepted here.