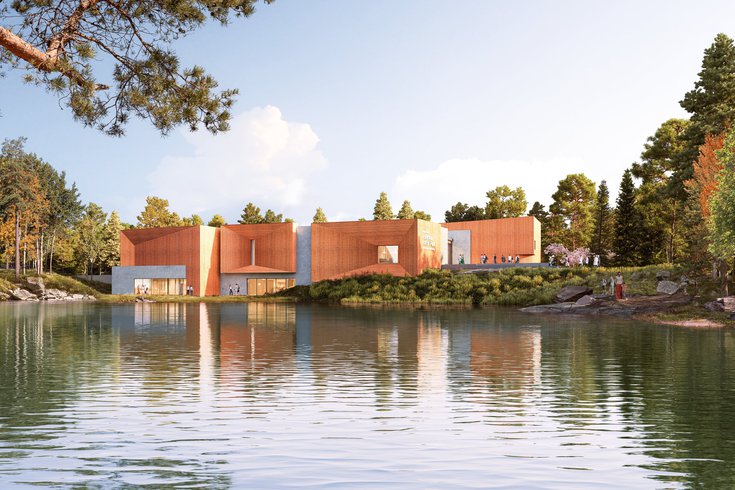 A new museum being opened by Rowan University will take visitors back to the time when dinosaurs, rather than humans, occupied the lands and waters of South Jersey.

The 44,000-square-foot museum will be situated above a former marl quarry in the 65-acre park, where researchers have discovered more than 50,000 marine and terrestrial fossils. Fossils of mosasaurs, sea turtles, sharks, coral and clams from the late Cretaceous period, which ended about 66 million years ago, have been discovered at the site.

Visitors will be greeted in the museum's lobby by skeletal reconstructions of dinosaurs that existed in the region.

The museum will highlight the land and sea dinosaurs that called South Jersey home during the late Cretaceous period. The exhibits will include recreations of a Dryptosaurus that was found just a mile away in 1866 and a 53-foot mosasaur that was discovered on site.

The tourist attraction also will educate visitors on how dinosaurs became extinct, the ongoing global climate crisis and how the public can take action to make the world more sustainable.

Other museum amenities include hands-on learning stations, a fossil research workshop, a virtual reality space, nature trails, a museum store, a dinosaur-themed playground and a cafe.

The museum will be New Jersey's largest public net-zero building, meaning that 100% of the energy used will be coming from renewable, on-site resources or green energy through the state's power grid.

"We are building a museum like no other, on a fossil site of global importance that will connect visitors to the ancient past, to the thrill of discovery and to Rowan University," Edelman Fossil Park Director Kenneth Lacovara said.

The museum hopes to draw more than 200,000 visitors per year and generate at least $300 million in economic impact over its first 10 years.

"The impact this project will have on our region cannot be overstated," Rowan University President Ali A. Houshmand said. "From educational and research opportunities to jobs and tourism, every dollar spent developing the fossil park and museum will return to the community many times over."

Rowan purchased the fossil park in 2016 for $1.95 million. The Glassboro-based school received a $25 million donation that same year to expand and preserve the prehistoric space.