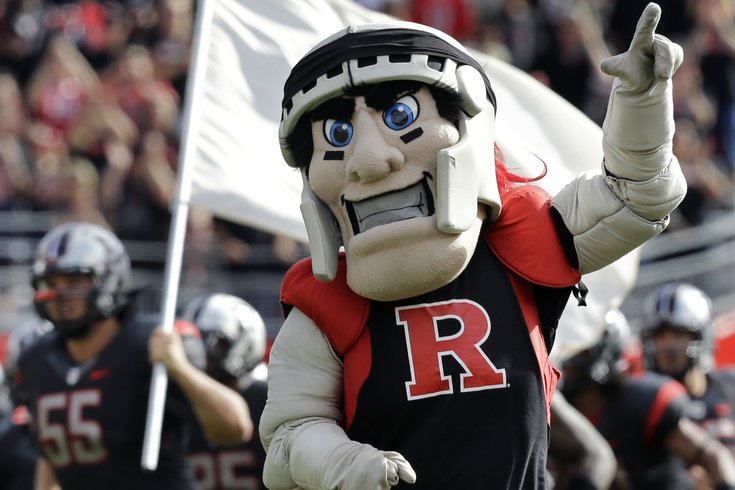 The Rutgers Scarlet Knight mascot runs on the field before an NCAA college football game against Arkansas in Piscataway, N.J., Saturday, Sept. 21, 2013.

The new mascots could be black, Latino, Asian, female or third gender, according to Emmet Brennan, student assembly parliamentarian.

“What we were thinking — the way the bill’s laid out — it’s not defined that we need an Asian knight, a black knight, a Latino knight,” Brennan told The Daily Targum. “That we would really leave it up to the different student organizations ... and basically the student body as a whole to determine how many knights they’d like and what these knights would represent.”

Brennan said the response from the student body has been generally positive so far, but the idea still needs to be brought to the Rutgers administration and shared with alumni.

The bill has not yet been unveiled to alumni, but Brennan said backlash is “inevitable,” and that the student assembly anticipated anger from alumni, which is why the current mascot would not be eliminated and more mascots would be added.

“This bill is about representing how diverse Rutgers is, and that we should take pride in that we’re one of the most diverse schools in the nation,” Brennan told The Daily Targum. “It’s not really about taking away from the current mascot we have, but really celebrating that diversity and involving the student body in our mascot.”

Read more from The Daily Targum.