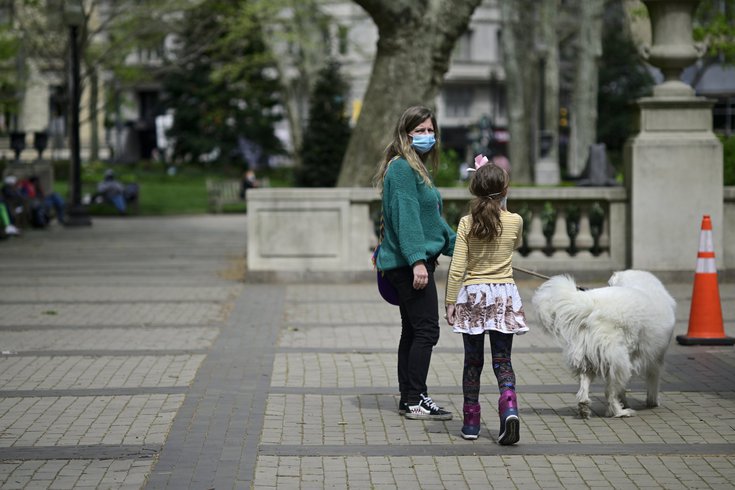 Pennsylvania ranked as the 36th safest state in an analysis comparing COVID-19 metrics from all 50 states and Washington, D.C.

Pennsylvania and New Jersey have some of the highest COVID-19 hospitalization and positive test rates in the United States, according to a new analysis.

In an effort to determine the safest states, WalletHub compared all 50 states and Washington, D.C. based on various pandemic-related metrics, including transmission, death and vaccination rates.

MORE HEALTH: The coronavirus is here to stay, but it won't be as deadly in the future, scientists say

Pennsylvania ranked as the 36th safest state, failing to rank higher than 26th in any single metric. Its vaccination rate was among its worst metrics. The state has fully vaccinated 868,149 people and partially vaccinated 1.909 million, state data shows.

New Jersey, which ranked 46th overall, had the highest positive test rate in the country. Its transmission, hospitalization and death rates also were among the worst. But it had a relatively high vaccination rate, ranking 18th. So far, New Jersey has fully vaccinated 788,782 people and partially vaccinated 1.54 million.

Here's a breakdown of how each state ranked in each metric:

The positive test, hospitalization and death rates incorporated data from Feb. 24 to March 2. The vaccination rate is the number of people initiating vaccination compared to the state's eligible population.

The analysis deemed Alaska, Hawaii and North Dakota as the safest states. New York, Georgia and Virginia were the least safe.

Researcher David F. Merrick, director at the Center for Disaster Risk Policy at Florida State University, urged people to follow guidelines from the U.S. Centers for Disease Control and Prevention.

"Everyone should continue to socially distance and wear masks as recommended by the CDC," Merrick said. "These simple measures will enable our communities to handle the back half of this pandemic as vaccines roll out."