When should you eat the salad course for optimal digestion?

Before, during or after a meal: local nutrition experts weigh in 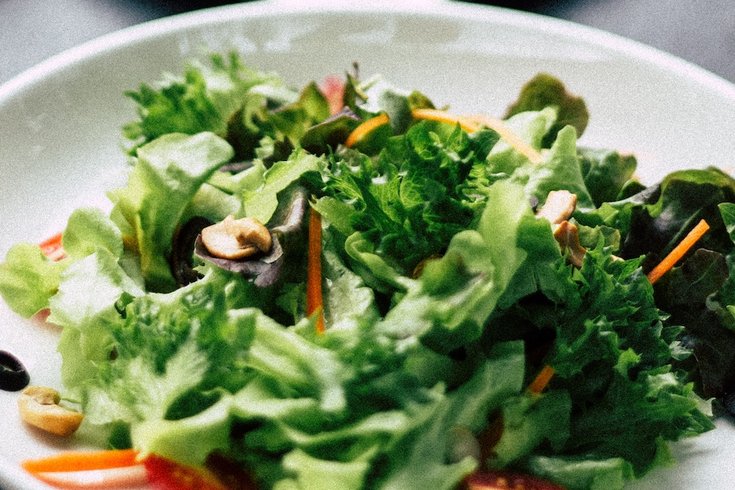 In life, they say timing is everything. While this statement is most often associated with success, one could assume that it can hold true with most things — maybe even food?

While the nuanced experience of a ceremonial-like meal has long fallen by the wayside in favor of meals spent sitting at a desk or in front of a television — or worse, at a table populated with phone-fixed folks — it is not uncommon to run into practices of the past on special occasions, say weddings or banquets.

During the eating portion of these special occasions, it is common to be served a salad course prior to the entree. While most of the time this experience isn’t anything to write home about, everyone knows the importance of a vegetable-rich diet. This timing is generally to keep people (somewhat) full and happy while the main course is being served and to add a little extra fiber to the meal.

RELATED READ: Is cooking with ghee any better or 'healthier' than butter?

In Europe, however, the timing of salads are a little different.

European-trained chef Karl Guggenmos explains that in France, diners believe that a green salad consumed after a main course can assist with digestion. “Since salads are rich in fiber, they will aid in the digestion of the food eaten before. [Also,] salads will cleanse the palate and prepare the digestive system for dessert,” Guggenmos told HuffPost.

So with that game-changing news, when should we actually eat our salads – before, during or after the main course? PhillyVoice talked to a few local registered dietitians and nutritionists about how to time your salad the best digestion.

Of course, it goes without saying that the important thing here is that people are actually eating nutrient-rich foods, like salad so, ultimately, do you.

“From a clinical nutrition standpoint and knowing what we know about the mechanisms necessary for optimal digestion, it makes sense to consume the more easily digestible foods first because as we eat we turn on our digestive enzymes, bile production, and stomach acid which aid with breaking down our food and absorbing nutrients. Turning on our system first, would help with the digestion of more complex foods such as protein.

"However, it's important to note that, culturally, we tend to consume our salads and greens prior to the main course as a means for "portion control" and subconsciously restrict our caloric intake — this practice is not backed by science, but rather diet culture. Overall, if we're looking at digestion, I believe it may be easier for some to consume the greens prior, but overall, it doesn't really matter. Enjoy your meals and foods in the order you desire."

SALAD IS SATISFYING – WHENEVER

"One of the reasons salads are served before main course is to begin to satisfy hunger, and help prevent overeating. Salads first also guarantee you will get your veggies in — big win! As far as digestion goes, for most individuals there will not be a notable difference as to when they time their roughage consumption.

"It is also important to note that as most of us would agree, salads make an excellent main course! By adding some protein, grains or beans, cheese or nuts, and a delicious dressing, salads become satisfying and well-rounded meals. As far as this dietitian is concerned, as long as you eat your veggies, it can be whatever time you please!"

FIRST HAS ITS BENEFITS, BUT ...

“There are some studies on the timing of salads; the most significant findings suggest that you’ll eat more salad when it’s served first rather than with your meal. This makes sense — I mean, can salad really compete sitting next to mac and cheese? Additional research showed that eating a small salad before a meal may lead to less calories eaten overall, likely due to the effects of fiber inducing a feeling of fullness.”

“Outside of Ayurvedic teachings, there are no digestive benefits to eating a salad before, during, or after a meal, simply because your entire meal will be mixed and churned together for your body to absorb nutrients. Anytime can be salad time — it's up to you!”

"I don't think there's necessarily a 'right' answer for when to eat salad. If you're looking to fill up and not eat as much of your entree (which, in America, is usually very carb heavy), eating a salad first is going to make you feel full due to the fiber from the greens/veggies and the fat from the dressing. Fiber and fat take the longest for our bodies to digest, followed by protein and then simple carbohydrates.

"In Europe, where the portion sizes are typically MUCH smaller than ours, they typically eat in reverse order, meaning they have something with a simple carbohydrate first (like pasta), followed by protein (meat/fish), greens/veggie (fiber/simple carbohydrates) and then a fat (like a cheese plate). So what's the right answer? As with most nutrition questions, it depends! For the average person, it really doesn't matter. If you're trying to lose weight, go with the salad first. If you're trying to GAIN weight then it's probably a better idea to eat your protein/carbs first so you're taking in more of those macronutrients and not filling up on fiber."