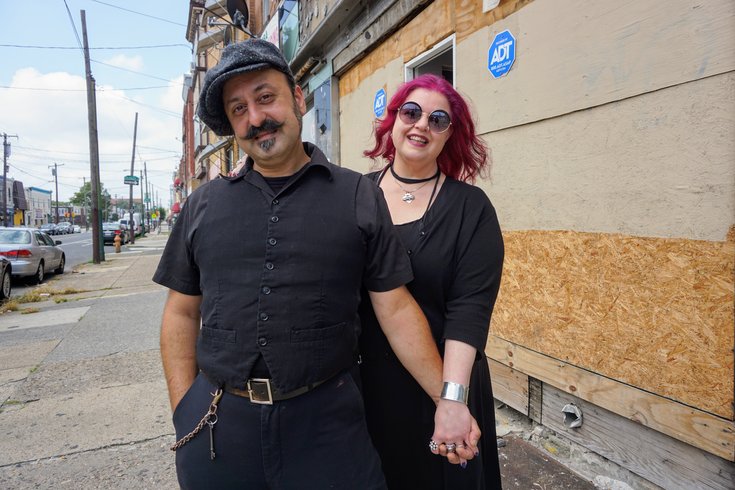 Chef Bobby Saritsoglou, known for running the kitchen at Opa until last year, is opening up his own restaurant this fall, offering Mediterranean cuisine with a charitable twist.

Satitsoglou is opening Stina Pizzeria at 1705 Snyder Ave. with wife Christina Kallas-Saritsoglou, a co-founder of Philly AIDS Thrift who will outfit the space with treasures found throughout local vintage shops and flea markets. The couple lives nearby and has been working to renovate the space that once housed a candy store.

Stina -- the chef's nickname for his wife -- will focus on brick oven pizza and other wood-fired fare. The oven is imported from Genoa, Italy.

"It will be the heart of the operation, from pizza to bread to roasted meats and vegetables all gently kissed by smoke," the chef said in a press release.

Trust that Saritsoglou knows what he's doing when it comes to slinging pies -- before his time at Opa, he was executive chef at Santucci's. The menu will also reflect his most recent experience at Will BYOB, where he will remain until Stina opens.

Stina promises affordable prices and monthly donations from restaurant proceeds to local charities, community projects, and schools. The donations will be coupled with ongoing community cleanups, planting, and other projects.

The space will seat only 28 to start, with additional outdoor seating coming in 2019. Stina will be open Tuesday through Saturday for both lunch and dinner.

Stina joins a string of other new food and drink developments in area some refer to as Newbold (though it's a touchy subject). Thirsty Soul, the new church-themed bar on West Passyunk and Snyder, is just around the corner, while heavy-hitting beer stops (Second District Brewing, South Philadelphia Taproom, Brewery ARS) are also nearby.