Sarah Kunst talks diversity in tech at Under 30 Summit

Investor, philanthropist dishes on her latest project, too 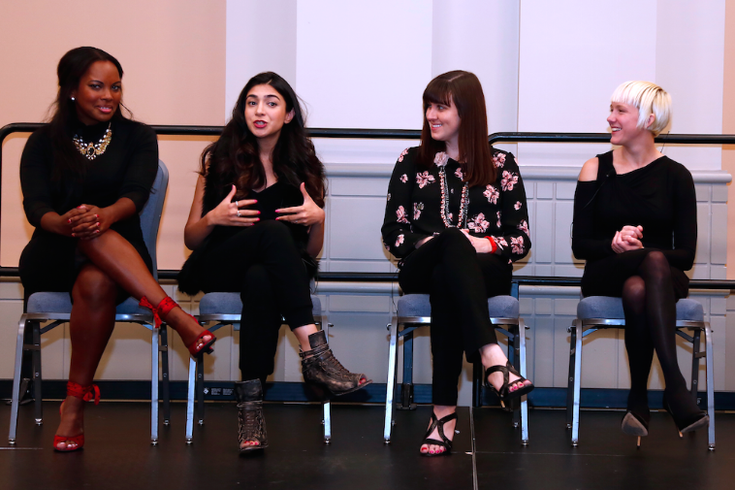 From left, Sarah Kunst, Shiza Shahid, Brittany Hodak and Kegan Schouwenburg speak at the "Fundraising While Female" panel during the 2015 Under 30 Summit.

Sarah Kunst is a woman of many hats. She's an investor, a philanthropist, an entrepreneur, a writer and an advocate for diversity in tech who's worked with Venture for America, Fortis Partners and as a contributing editor for Marie Claire. But, as she revealed at the Forbes Under 30 Summit Monday, she's taking off a few hats to focus on something exciting: a new company she's launching called ProDay.

ProDay is a personal training fitness app that allows its users to work out alongside their favorite professional athletes. Basically, it's like having your favorite sports superstar in your living room, cheering you on and convincing you to do just one more rep.

In advance of its launch, Kunst is doing a little less investing and focusing on getting the word out about ProDay, as exhilarating a task as it is exhausting.

"The best part, though, is that it’s really cool to decide that something should exist in the world and then make it happen," she continued. "...It’s really cool to say that this thing exists because I asked it to exist."

Kunst came up with ProDay when traveling to San Francisco upended her normal workout routine. Unable to find a new exercise groove that didn't involve waking up at the crack of dawn or sacrificing her social life, Kunst thought, "This is insane. I need a better solution."

Though ProDay's mix of entertainment and exercise evolved from Kunst's personal life, she notes the larger Silicon Valley trend of entrepreneurs solving their own problems promotes the industry's lack of diversity.

"You disproportionately have companies started by 25-year-old white dudes," she said.

In her work and as a speaker at events like the Under 30 Summit, where Kunst participated in the "Fundraising While Female" panel, she's always searching for solutions to tech's diversity problem. That begins with busting the myth that the issue stems from education and not from company culture.

"Black and Hispanic kids graduate with computer science degrees at two times the rate in which they’re hired by tech companies," she said. "Everyone always says 'there’s a pipeline problem' but you still have far more people graduating with these degrees. ... It's a hiring problem."

For Kunst, the solution is clear: try harder. We typically hire from our own professional networks, she said, which often look homogenous because we're attracted to those who remind us of ourselves. Thus, the simplest way to build a more diverse staff is to specifically ask networks and colleagues to refer candidates that don't look like you. Unfortunately, she noted, tech companies often won't take these steps on their own.

"There’s been a lot of self-reporting, a lot of awareness shed on the issue," Kunst said, "But at the end of the day, none of that changes anything if you don’t have people in the hot seat at these companies feeling like 'Sh**, I have to hire a more diverse workforce because I’m going to get in trouble if I don’t.'"

So how are women and people of color to stand out in a hiring system stacked against them? Kunst suggests quantifying skill sets and experience and putting data first when interviewing. Companies, she said, should alter their hiring processes to focus less on subjective factors, like likability, and more on whether candidates have the skills to do the job and the data to prove it.

"Are you making sure that you’re taking a more data-driven approach and you’re not so focused on sort of intangibles?" she said, "If you’d like to have a beer with somebody, that is completely irrelevant to whether you want to hire them, unless you’re hiring them to run a brewery!"

"It’s also just kind of a factcheck. Look at your team. If your team is predominantly any one thing, then you’re missing large parts of the market."