Saving animals with every purchase

5 companies dedicated to giving back 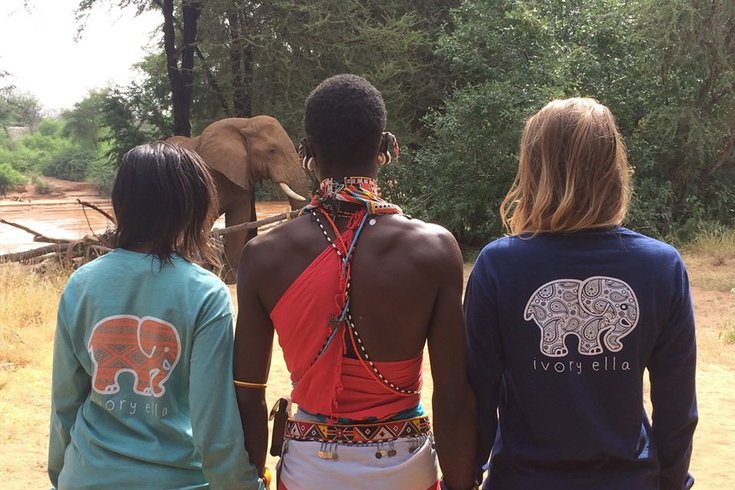 Ivory Ella has donated more than $100,000 to SaveTheElephants.org since its launch in April 2015.

Wildlife officials on Tuesday accused an American hunter of killing Cecil, one of the oldest and most famous lions in Zimbabwe.

Conservationists and animal lovers were outraged by the news, with many voicing concerns about continued hunting and poaching.

More and more companies are showing their love for the world's precious wildlife by giving back. With every purchase, customers are helping to save animals – in style.

Below are five companies that have made it their mission to save some of the Earth's most beautiful creatures.

Savannah is on a mission to save Africa's endangered lions. In order to so, the company donates 10 percent of profits to lion conservation at the end of each month.

"A Lion possesses both beauty & strength," Savannah says on its website. "Our goal is to provide consumers with high quality products while making an impact on the world."

Customers can choose from a variety of hand-crafted bracelets in a number of colors, all while helping to save the king of the jungle.

Ivory Ella is helping to save the elephants, one item at a time. In an effort to help end elephant poaching worldwide, the company donates 10 percent of net profits to SaveTheElephants.org. More than $100,000 has already been donated to the cause since Ivory Ella's launch in April.

"Let's all look adorable and trendy by wearing one of these shirts while also saving one of the world's most beautiful creatures at the same time!" the company says on its site.

Pleased to announce we have now donated over $100,000 to help save these beautiful creatures☺️ #SaveTheElephants 🐘💕🙏 pic.twitter.com/Z9e3FHFXk7

Arm the Animals creates unique and witty T-shirts and apparel. A portion of the proceeds is donated to animal rescues.

"Our goal is to assist as many small, struggling animal rescues as possible, and that is exactly what we are doing," the company says on its site.

In response to the death of Cecil the lion, Arm the Animals created a special-edition Cecil commemorative design based on its Earth Day Lion. All net proceeds from the sale of this design will go directly to the organization protecting Cecil's home turf – ZCTF - Zimbabwe Conservation Task Force.

Fetching Apparel founders Rebecca and Derek Pepin adopted a shelter dog, Jeffrey, in 2007. That's when the idea for their company was born.

"Now we’re on a mission to help other homeless pets find their forever homes, and we’re wearing it on our sleeves," the company says on its site.

From tees to caps to totes, Fetching Apparel donates 40 percent of its profits to pet rescue organizations and education.

You can now bundle our new racerback tanks with a cap and save $. #flattering #helpHomelessPets @Stephanie_NC9 pic.twitter.com/DC6b1xQiX3

"Saving animals has never looked so good!" the company says on its site. "Gifts that give back and gifts that save animals is at the heart of what we do."

The company donates $10 per purchase to support local animal rescues and shelters.